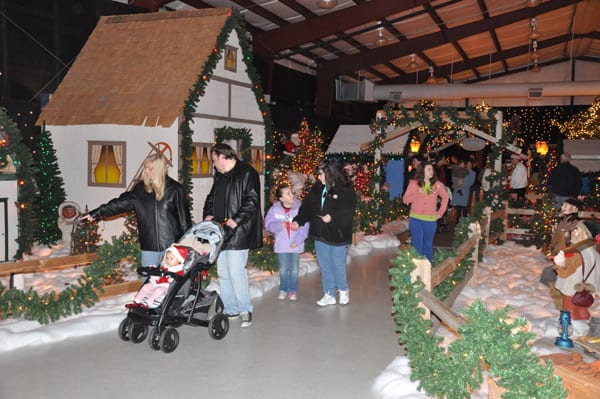 Entering its fifth year, Santa’s Magic Forest offers a variety of holiday displays, colorful lights, visits with Santa Claus and more than 100 animatronic figures that once served at J.L. Hudson’s.

The Forest opened for business Saturday following a parade that officially brought Santa and Mrs. Claus to town, escorted by Mayor Jeffrey Lamarand.

Photos of Santa with children will be made available courtesy of Rosecrans Picture Perfect Photography and Flowers. Dec. 15 and 16 include “Reindeer Days” at the park’s petting farm, hosted by the city of Taylor.

Santa’s Magic Forest began as a joint venture between the nonprofit agency Downriver Fish and Loaves and the City of Taylor. The city’s Parks and Recreation Department obtained ownership of the J.L. Hudson holiday figures and scenery, and the co-sponsored event was launched as a fundraiser for the community outreach organization.

Last year the project was operated entirely by Fish and Loaves to support its community pantry. City Hall staff reductions prohibited municipal partnership from continuing, but Vella said the attraction continued growing thanks to the volunteers.

This year, Vella said, the Forest will deliver what people expect with a few added touches.

“We’ve trimmed up some of it, but basically it’s the same,” Vella said.

Santa’s Magic Forest is available for school tours by contacting the organization at 734-374-5014.