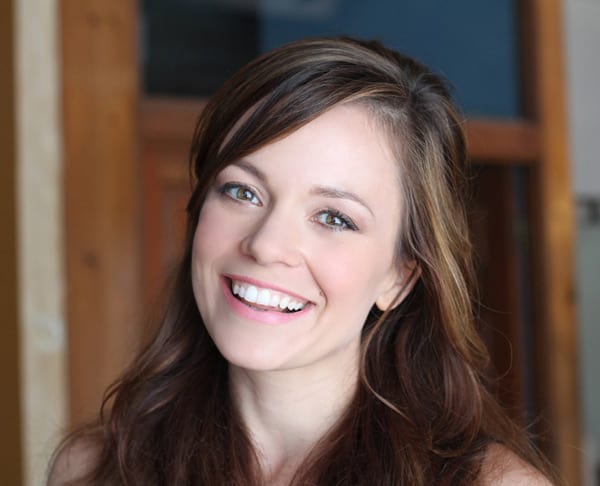 By Cindy Elavsky
Q: I was an ardent fan of “In Plain Sight,” and I especially liked one of the series’ co-stars, Rachel Boston, who played Det. Chafee. Can you tell me what else I can see her in now that the show is no longer on the air? — Betty W., via e-mail

A: Rachel, 30, most recently starred in the Lifetime original movie “Holiday High School Reunion,” which aired in November (check your local listings for possible re-airings). As I type this, Rachel is shooting something else for Lifetime — this time it’s a pilot for a new show, which will air this summer if the network decides to pick it up for a full-season run. It’s called “Witches of East End,” and Rachel told me about the show when I spoke with her recently.

“I am working with such an amazing group of women! Julia Ormond plays my mom and Jenna Dewan-Tatum plays my sister. When we were born, our mom cast a spell so we wouldn’t know we are witches. Through a chain of events, we discover who we are and how we can help protect each other and our town.”
* * *
Q: Is there a new “Wizard of Oz” coming to theaters? I thought I saw a preview for it online — the special effects looked excellent. — Bret A., Pittsburgh

A: On March 8, 2013, “Oz: The Great and Powerful” will be coming to a theater near you. Here’s the official story line: “Oscar Diggs (James Franco), a small-time circus magician with dubious ethics, is hurled away from dusty Kansas to the vibrant Land of Oz. At first he thinks he’s hit the jackpot — fame and fortune are his for the taking. That all changes when he meets three witches, Theodora (Mila Kunis), Evanora (Rachel Weisz) and Glinda (Michelle Williams), who aren’t convinced he’s the great wizard everyone’s been expecting.”
* * *
Q: Do you have any news on “Downton Abbey”? I can’t wait for the new season! — Donna B., Oklahoma City, Okla.

A: While season three has already aired in the U.K., we’ll have to wait until January to see it here in the States. Also, I recently learned that the show’s creator, Julian Fellowes, plans to create a “Downton Abbey” prequel, which will focus on the courtship of Lord Grantham and Cora.
* * *
Q: In the 1960s there was a TV show whose characters and story line were similar to the upcoming flick “Django Unchained.” The main character went by the name of Jemal David. What was the show’s name? — Sid D., via e-mail

A: You are thinking of “The Outcasts,” which aired on ABC for one season from 1968-69. “The Outcasts” and “Django Unchained” both were inspired by Sergio Corbucci’s 1966 spaghetti Western, “Django.” “The Outcasts” co-starred Don Murray and Otis Young, and is most notable for being the first television Western with an black co-star, as well as featuring the first biracial Western action team.