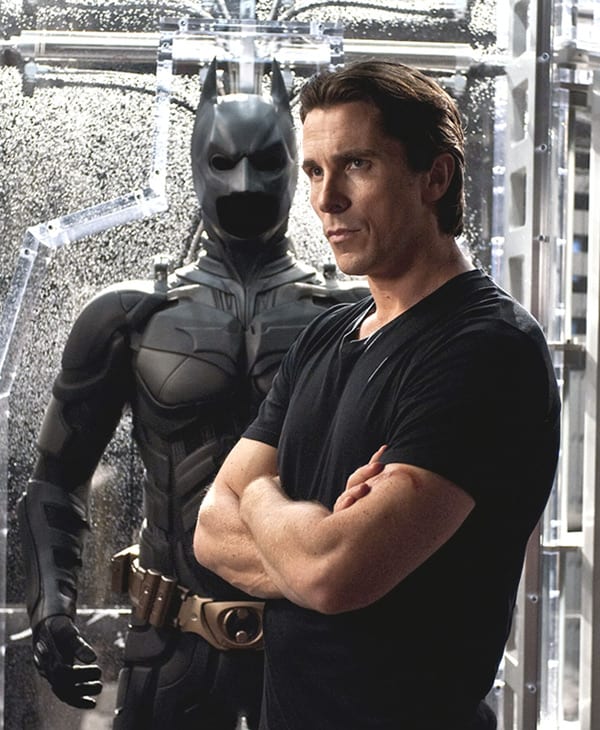 PICKS OF THE WEEK
“The Dark Knight Rises” (PG-13) — The Dark Knight trilogy comes to a climactic conclusion as Batman (Christian Bale) must come out of hiding to save civilization from a new foe. Eight years after Batman took the blame for the death of D.A. Harvey Dent, crime is down and things are quiet. A muscle-bound chap named Bane (Tom Hardy) causes enough trouble to bring the Bat out of the shadows by amassing an army in the city’s sewers.

This is the big, loud, dark conclusion the trilogy deserves. Christopher Nolan takes the themes inherent in the previous Dark Knight movies and pushes them as far as they can go. Besides Bane, there are some shiny new features in this installment; Anne Hathaway dons the skin-tight black suit of Catwoman, and Joseph Gordon-Levitt plays John Blake, a young cop.

“Hope Springs” (PG-13) — You’ll get a lot of laughs, sighs and uncomfortable moments from this drama/rom-com about the intimacy issues of an older married couple. Kay (Meryl Streep) wishes her husband, Arnold (Tommy Lee Jones on an extra dosage of cranky pills), would be attracted to her. Kay gets Arnold to come with her to a couples retreat with a therapist (Steve Carell).

The trailer suggests it’s all fun and games, but these are serious discussions about things that come and go over a long marriage. Even with the laughs, the overall movie experience is an awkward one as the film tries to stay light while digging into marital issues.

“The Odd Life of Timothy Green” (PG) — A young married couple unable to have their own child adopts the first mud-covered boy who shows up at their doorstep. Really, all they had to do was write down everything they would have wanted in a child, bury it in a box and wait for the spirits of PG-rated movies to grant them the perfect boy. Magic is fun and all, and Disney has made heaps of money and emotional capital by selling wishes-come-true fantasy, but Timothy Green is just sappy and boring.

“Beasts of the Southern Wild” (PG-13) — This live-action adventure shows the complexity of the real world as it is to a 6-year-old who has to fill in the gaps with imagination. Hushpuppy is a little girl who lives in the bayou with her father and a band of likeminded people who like swamps better than cities. When a severe storm pounds on the coast, Hushpuppy’s world is plunged into danger and the unknown. This is a unique and memorable experience. The story is imaginative, but the world is still real enough to reach out and touch. The film is cast with all nonprofessional actors, contributing to the emotional authenticity at the movie’s heart.