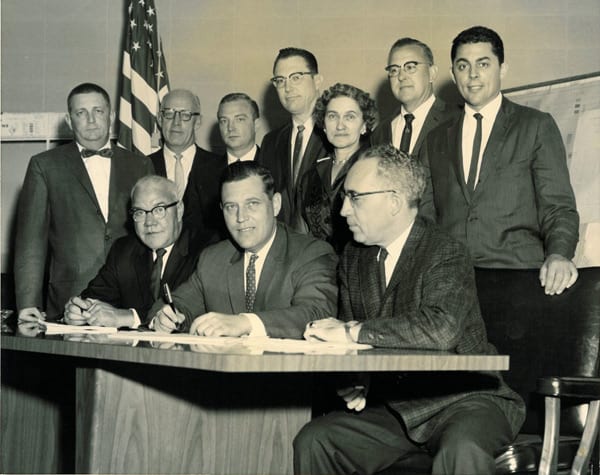 By SHERRI KOLADE
Times-Herald Newspapers
HEIGHTS — Big plans are in place to celebrate the city’s 50th anniversary on April 8, 2013.

Several activities will celebrate the incorporation of the city during Dearborn Heights Golden Anniversary.

Dearborn Heights resident Anthony Rzucidlo, who is on the anniversary committee, said he is in the draft stages of writing a book, called “Dearborn Heights Michigan: 50th Anniversary publication 1963-2013,” about the city by January.

“It is quite an interesting path that the city has taken into the creation and development of what the city is today,” Rzucidlo said.

Rzucidlo said he wanted to write the book because he is a history buff.

“I am interested in history,” Rzucidlo said. “I am a lifelong resident and when the book comes out people will refer to this book as ‘the book to read everything and anything about Dearborn Heights.’”

Dearborn Heights Library Director Michael McCaffery said for the anniversary he will provide historic pictures for display at City Hall.

“We are looking forward to putting the pictures together,” McCaffery said. “You only celebrate 50 years once and we are very proud of our city blossoming from very humble beginnings.”

McCaffery said a few events at the Dearborn Heights libraries are planned but the details have not been officially decided.

For more information on the Dearborn Heights Golden Anniversary Committee go to www.facebook.com/dearborn.goldenanniversary or call City Hall at 313-791-3400.