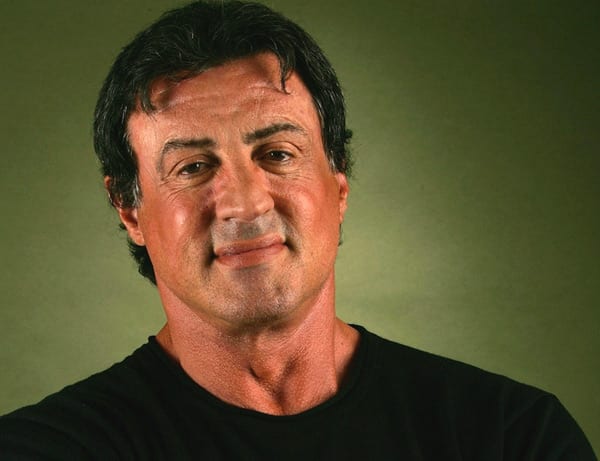 HOLLYWOOD — Now that George Lucas has turned over his brainchild, “Star Wars,” to Disney, plans are moving full-speed ahead for Star Wars: 7, 8 and 9. “Star Wars: VII” begins 20 to 40 years after the end of “Return of the Jedi.” R2-D2 and C-3PO would be the only characters continuing through all nine films, though talks have begun with Harrison Ford, Mark Hamill and Carrie Fisher to return as Hans Solo, Luke Skywalker and Princess Leia (respectively), in their 60s and 70s. Eventually, Hamill’s Luke would hand off his light saber to the next new hope, as Obi-Wan did to him in the original “Star Wars.”

In more sci-fi news, Mark Walberg is replacing Shia LaBeouf (star of the first three “Transformers”) in “Transformers 4.” It will pick up four years after the “Dark of the Moon” and is a “total reboot” with a new cast. Director Michael Bay is close to signing “Weeds” co-star Hunter Parrish to fill the gap left by Josh Duhamel.
* * *
Sylvester Stallone is moving faster than a speeding bullet. His film “Bullet to the Head” with Christian Slater and “Game of Thrones” star Jason Momoa was well reviewed at the Rome Film Fest, but won’t be released until Feb. 1. “The Tomb” pits Stallone against Arnold Schwarzenegger, with Jim Caviezel, Sam Neill and rapper 50 Cent (out September 2013), and “Grudge Match,” which seems like Rocky meets Raging Bull, has Stallone boxing Robert DeNiro. Unfortunately, it’s not due out until 2016.

Stallone is currently in Los Angeles, being directed by his “Cobra” co-star John Herzfeld in “Reach Me,” with “Moonstruck’s” Danny Aiello, “Hung’s” Thomas Jane, “Princess Bride’s” Cary Elwes, “The Closer’s” Kyra Sedgewick, recent “Hatfields & McCoys” Emmy-winner Tom Berenger, and rapper Nelly. Sounds like something for everyone.

And speaking of Schwarzenegger, his autobiography may have flopped, but he’s already filmed “Last Stand,” “The Tomb” and “Breacher,” and has “Captive,” “Unknown Soldier” and “Triplets: The Eve of Never” (a sequel to “Twins”) in various stages of pre-production, as well as a new comic book, “The Governator.” He’s not just “Back” … he’s “Back” with a vengeance!
* * *
You knew it had to happen … the first sequel of “The Avengers” (the No. 3 all-time box-office champ) is headed for ABC. Josh Whedon — who wrote and directed “The Avengers” and gave us “Buffy,” “Angel,” “Firefly,” “Serenity” and this year’s “Cabin in the Woods” — is helming “S.H.I.E.L.D.,” which stands for “Strategic Hazard Intervention Espionage Logistic Directorate.” Elizabeth Henstridge and Iain De Caestecker are set to star. Wonder why there never was a spin-off of “Avatar” or “Titanic”? “Avatar” would be too expensive for TV, and there’s nowhere to go with “Titanic” but down!