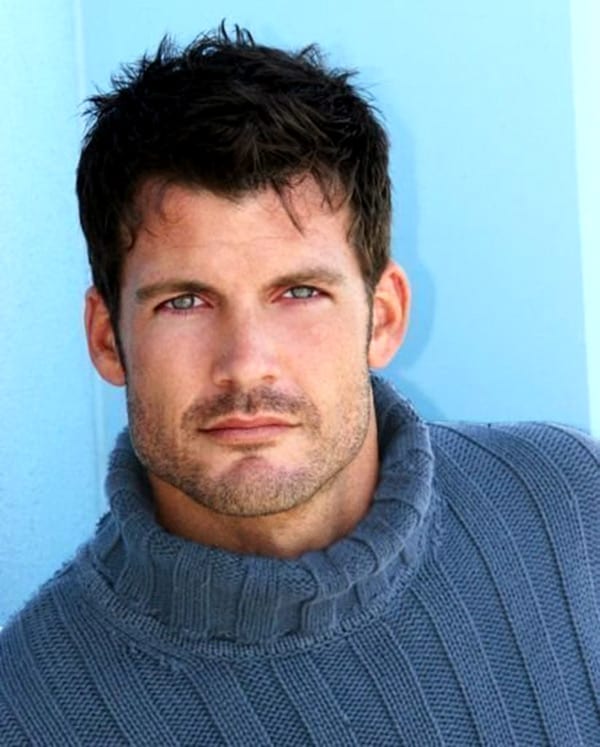 By Cindy Elavsky
Q: Ever since “GCB” was canceled, I’ve scoured the networks to find some of my favorite actors on other series. I haven’t seen Mark Deklin on anything recently, so I wondered if you could tell me what he is up to. – Gigi W., via email

A: Mark recently filmed a guest spot on “Castle” (it is episode 10, which is set to air in early January), where he plays a man whose girlfriend is found dead. Later in 2013 (an exact date has not been set yet), you can see Mark on the big screen in a live-action version of “Tarzan.”

Mark told me about the film and his character, John Greystoke: “It’s not the Victorian ’Tarzan’ that we all grew up with. It’s a modern take on it. My character is almost like a Richard Branson type — a wealthy but well-intentioned adventurer and entrepreneur. He discovers there’s a serious energy source — a sort of meteorite, which crashed in Africa — and he wants to find it.

“He brings his family with him, which of course is a stupid decision, but I suppose in the moment it doesn’t seem stupid because he doesn’t go thinking he’s going to die. He ends up unleashing a mystical force that he never could have anticipated, and everything goes south.”
* * *
Q: I just rented “The Queen of Versailles” and was mesmerized by the story of David Siegel, his wife, Jackie, his family, and his struggle to save his time-share/real-estate business. Do you have any updates on how he is doing now? — George F., Naples, Fla.

A: David recently made national news when he sent a memo to his employees encouraging them to vote for Mitt Romney in the recent presidential elections. But, politics aside, David was quoted in a Reuters interview this past summer: “We’re the most profitable we’ve ever been.” He also is continuing work on his family’s new home, which is modeled on the Palace of Versailles in France. In fact, just before the movie’s premiere, David filed a defamation suit over the film’s portrayal of his business as failing, asserting that some of the film’s scenes were staged or exaggerated.
* * *
Q: When will “Merlin” return to Syfy? — Felix S., via e-mail

A: Season five of the popular fantasy series, which premieres Friday, Jan. 4, at 10 p.m. ET on Syfy, will be the final season of the show. Executive producers (Johnny Capps and Julian Murphy) promise fans that “Merlin” is “leading to a spectacular finale that draws on the best-known elements of this much-loved story, and brings to a conclusion the battle for Camelot.”
* * *
Q: Will there be an “Avengers” sequel? — Paul G., Tulsa, Okla.
A: After “The Avengers” smashed all sorts of box-office records this summer, you can bet there will be a sequel. “The Avengers 2” is set to premiere May 1, 2015, with the original cast, as well as some new faces.