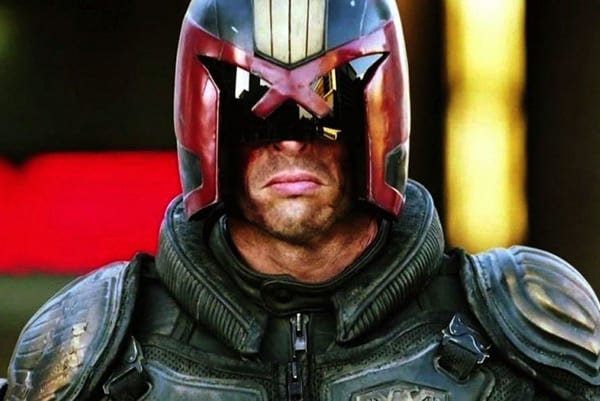 PICKS OF THE WEEK
“Frankenweenie” (PG) — Victor Frankenstein is a boy who loves his dog, Sparky. When Sparky is tragically killed in an accident, Victor is distraught. So Victor gets the idea to stitch up the dead dog and use science resurrect his best friend. You see, Victor is an oddball character in a creepy, stop-motion animated, black-and-white world created by Tim Burton.

This story is sort of a pet project for Burton. He made a live-action version of this same idea in the ’80s when he worked at Disney — it didn’t get much of a release. With experience, lots of money and the creative control that comes with making lots of money, Burton makes “Frankenweenie” a clever, creepy flick with an entertaining escalation.

“Dredd” (R) — In the grim, gray future, much of the U.S. East Coast is combined into a single, crime-ridden mega-city. The Judges are supercops with authority to be judge, jury and executioner all at once. Dredd (celebrated B-level action star Karl Urban) is the best Judge in the force — he excels at deciding to kill bad guys and then killing them right away. In this movie, Dredd and his rookie sidekick get trapped in a giant super-slum full of drug pushers.

It doesn’t have the legendary lousiness of 1995’s “Judge Dredd,” so you might not get as many laughs. This new Dredd has a different sense of humor, and enough to add a few chuckles to the ceaseless violence. There also are plenty of nifty visual flourishes (and it’s convenient that the movie’s fictional drug makes users see the world in slow-motion.)

“Hit & Run” (R) — This is one of those movies with just a godawful mess of plot, but there’s lots of snappy dialogue, car chases and on-screen chemistry to keep it going. Charlie (Dax Shepard, writer and co-director) is a former getaway driver, now in witness protection. His girlfriend, Annie (Kristen Bell) is beautiful and smart and unaware of his past. Bradley Cooper shows up as Charlie’s former partner in crime, come to take revenge (that must happen a lot).

DOG OF THE WEEK
“Stolen” (R) — A man with a violent past finds that his daughter has been taken by bad guys, and he must go on a whirlwind tour of butt-kicking to bring her back. Too bad this isn’t Liam Neeson’s “Taken” or “Taken 2,” because either of them would be way better than this lump. Nicolas Cage plays a thief who has to steal $10 million to get his daughter back from her kidnapper — Cage’s former partner in crime. Cage tries to add a few touches, but it’s a boring movie and he knows it.