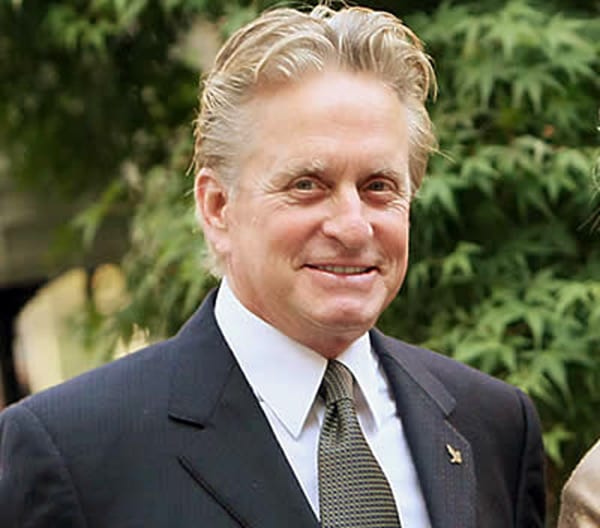 HOLLYWOOD — He went right from filming “Behind the Candelabra” — the Liberace bio-pic with Matt Damon for HBO — in Las Vegas, Palm Springs and Los Angeles, right back to Las Vegas for “Last Vegas,” with Robert DeNiro, Morgan Freeman, Kevin Kline, Mary Steenburgen and 50 Cent. The film, which started shooting in November in Vegas and then Atlanta, tells the story of four best friends in their late 60s who throw a bachelor party in Vegas for the last of them getting married. It’ll be out December 2013. Sounds a bit familiar … could there be a “Hangover” involved?
* * *
Soap fans have exacted their revenge … sort of. Just as “The Young and The Restless” was crowned the No. 1 soap for the 24th year in a row, word came that ratings of the four remaining soaps — “Y&R,” “Days of Our Lives,” “The Bold and The Beautiful” and “General Hospital” — have had a substantial upward spike since ABC canceled “All My Children” and “One Life to Live.” In fact, their replacements, “The Chew” and “The Revolution,” have not captured good ratings. “The Revolution” was quickly canceled to make way for “Katie,” which also has disappointed in the ratings. Oddly enough, “General Hospital’s” ratings have improved despite all the switching around of time slots. Experts are saying that soap fans must realize that their genre is in danger and are tuning in to keep their soaps alive. True or not, if you don’t tune in, they won’t be there anymore!
* * *
When a film takes in $1 billion at the box office, you can be sure a sequel won’t be far behind. Disney has hired Linda Woolverton, responsible for “The Lion King,” “Beauty and the Beast” and the upcoming Angelina Jolie live-action “Sleeping Beauty” epic, “Maleficent,” to write the sequel to the Johnny Depp film “Alice in Wonderland.” The film was based on Lewis Carroll’s “Alice’s Adventures in Wonderland,” and the sequel, “Through the Looking-Glass,” will, of course, be in 3D again. No word yet if Depp or director Tim Burton will be involved in this one.

Disney also is prepping a stage production of “Alice,” as it did with “The Lion King,” “Beauty and the Beast” and “The Little Mermaid.” Add to these projects the next three “Star Wars” movies (now that Disney has bought the franchise from George Lucas), “The Muppets” and “Oz: The Great and Powerful,” starring James Franco as The Wizard, Mila Kunis as the Wicked Witch and Michelle Williams as Glinda, the Good Witch. “Oz” is due out March 8. It’s a Grimm day when Disney has cornered the market for fairy tales!