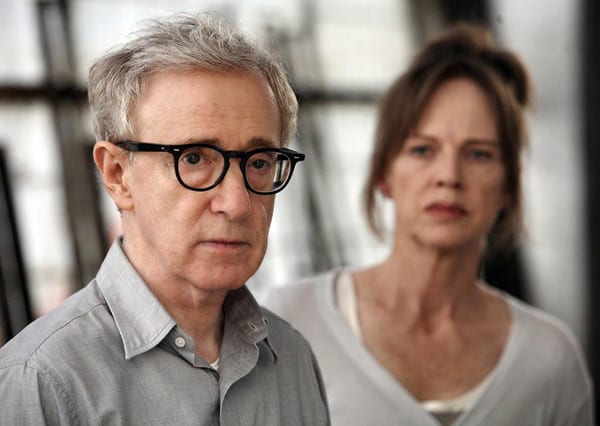 Woody Allen in “To Rome With Love.”

PICKS OF THE WEEK
“Taken 2” (PG-13) — Ex-CIA agent Bryan Mills (Liam Neeson) made some enemies when he went on a killing spree to rescue his daughter from Albanians. His actions from the first “Taken” movie fuel this sequel, wherein the hero and his ex-wife are kidnapped in Istanbul, and only their daughter can save them. Many brawls and car chases ensue. Many bad guys fall beneath the fists of the calm and collected Neeson.

Let’s hope that this one remains the only sequel. Whatever spark the first movie had, it’s just not here. The dialogue is more likely to cause a chuckle than any excitement for the next hasty fight scene. After this, the Mills family should probably just vacation in the continental United States.

“To Rome With Love” (R) — Woody Allen wrote and directed this series of short stories set in Rome. The skits don’t add up to anything, but each one is dense with quips and snappy dialogue. One story follows an American architect (Alec Baldwin) who spends time with a young man (Jesse Eisenberg) who could himself from the past. Another follows a Roman average Joe (Roberto Benigni) who becomes inexplicably famous.

This won’t make it to the Woody Allen Hall of Fame, but that doesn’t mean it can’t be enjoyed. The casting is quirky, to say the least. Some actors I usually like just seemed awkward and unconvincing in their roles. What really matters is that the performers find their groove in the delivery of Allen’s signature one-liners.

“The Possession” (PG-13) — With all of these movies about little girls possessed by demons, some real cliches are starting to solidify. This movie decided to use all of them. Jeffrey Dean Morgan and Kyra Sedgwick play parents who are too consumed by their divorce to notice that their daughter has been acting strange ever since she bought an old wooden box at a yard sale. The one twist this time around is that the demon comes from Hebrew folklore, and thus demands rabbinical exorcists.

“Wake in Fright” (R) — Originally made in 1971, the film wasn’t released on home video and never made it to television. It’s shocking, but not sleazy. Brutal, but not exploitive. It’s from that early ’70s breed of terribly dark stories made into blockbusters. John Grant (Gary Bond) is a schoolteacher who lives way out in the reaches of the Australian Outback. When he loses his travel money in a gamble, he’s stranded in isolation with some repulsive people. The story follows John Grant’s descent into violence, alcohol and madness.