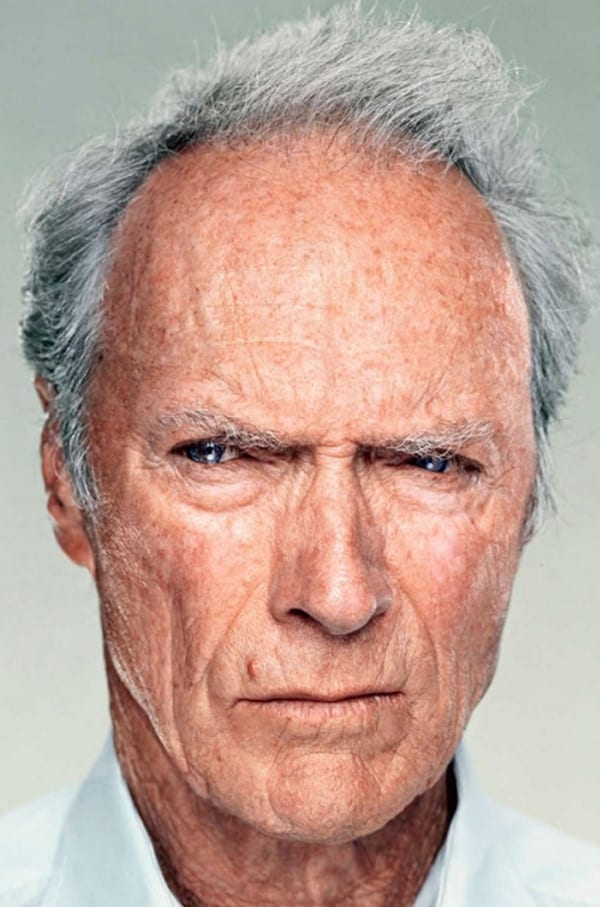 Hollywood — Brad Pitt and Angelina Jolie once proclaimed they wouldn’t get married until everyone could get married, showing their support for same-sex marriage. Recently, they recanted because their children wanted them to get married. Then Brad, just 49, announced he’ll give up acting for directing in the next three years. Next, Angelina, 37, offered, “I’ve enjoyed being an actress, but if it went away tomorrow, I’d be very happy to be home with the children.” What is it they say about “the best laid plans”?
* * *
When Clint Eastwood appeared at the Republican Convention to support his party and its candidate, he unfortunately became the object of ridicule. The backlash hurt his current film, “Trouble With the Curve,” which cost $60 million to make and only took in $46,342,888. People need to cut Clint a break. Here’s a man who started his career doing bit parts in B movies such as 1955’s “Revenge of the Creature” (the sequel to “The Creature from the Black Lagoon”) with John Agar; “Francis in the Navy” (about a talking mule) with Donald O’Conner; “Lady Godiva of Coventry” with Maureen O’Hara; and “Tarantula,” again with John Agar.

In 1964, he starred in Sergio Leone’s $225,000 spaghetti Western, “A Fistful of Dollars”; in l965 he made the $600,000 “For a Few Dollars More”; and then the $1.2 million “The Good, the Bad and The Ugly” in l966, which grossed $25 million. In l992, he won Oscars for Best Director and Best Picture for “Unforgiven,” which grossed $159 million. In 2004, he won Oscars again for Best Director and Best Picture for “Million Dollar Baby,” which cost $30 million and grossed $216,763,646. The man is a visionary, and if he wants to talk to an empty chair, we should let him!
* * *
BITS ‘N’ PIECES: Carol Burnett, an alumnus of Hollywood High School, will be the first recipient of The Carol Burnett Honor of Distinction Award, to be presented on Jan. 10 by the legendary Betty White. Famous Hollywood High alumni include Rudolph Valentino, Judy Garland, Mickey Rooney, Laurence Fishburne, John Ritter and Cher. … Matt Damon will join Daniel Craig, Bill Murray, Cate Blanchett, “The Artist” Oscar-winner Jean Dujardin, John Goodman and George Clooney, who also is directing, in “The Monuments Men.” The World War II thriller takes place in the final months of Nazi Germany as Hitler and his henchmen try to cover their tracks by destroying artwork stolen during their rise to power. … Rob Reiner will direct a “Cape Fear”-like serious psychological thriller, “You Belong to Me.” Harrison Ford and Zac Efron have been cast as brothers at odds when Efron starts seducing Ford’s wife and daughter. Sounds creepy already!