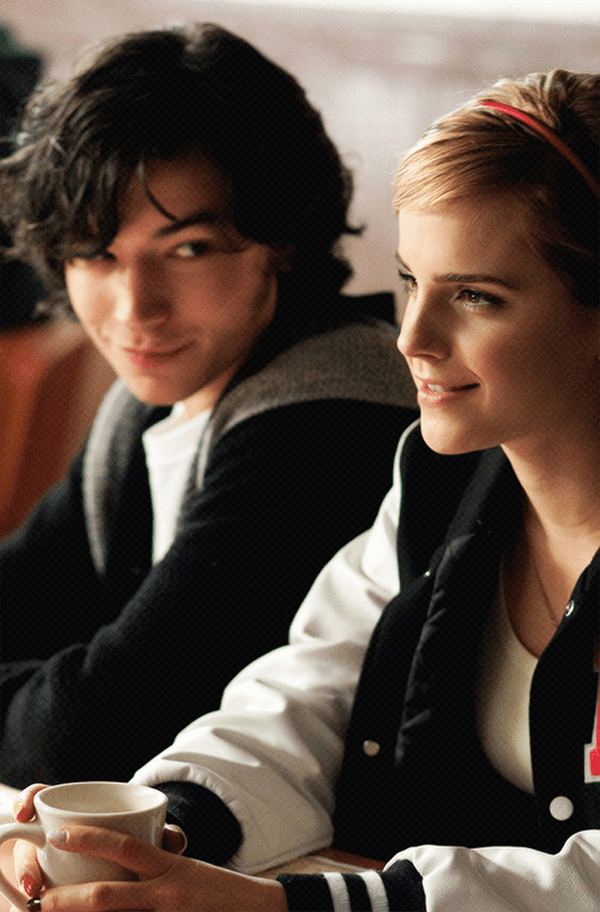 Ezra Miller, Emma Watson in “The Perks of Being a Wallflower.”

PICKS OF THE WEEK
“The Perks of Being a Wallflower” (PG-13) — Charlie (Logan Lerman) is a lonely 10th-grader just hoping to make it through the school year. He has no close friends, and no hopes of finding any joy in his teen years. Charlie’s perspective changes after he gets swooped up by two seniors (Emma Watson and Ezra Miller) who show him that life is bigger than our insecurities.

The film is based on a novel by Stephen Chbosky, who adapted it for the screen — and directed it himself. And it totally works. The movie is funny, heartfelt and sensitive. Anybody who has been or still is a teenager can find something in this story that speaks to them.

“The Sessions” (R) — Mark (John Hawkes) is a writer who can’t write. Since he caught polio as a child, he’s spent most of his time in an iron lung (a giant tube that helps him breath), and the rest of his time on his back, hardly able to move. He’s also 34 and a virgin. After talking it over with his caregiver and his priest (William H. Macy), Mark gets the blessing to see a sex therapist (Helen Hunt), a licensed professional who can walk him through his first few times. It’s a heartwarming, grownup movie about sex. The experience is funny, relatively easygoing and rather uplifting.

“Bully” (PG-13) — This documentary explores what bullying does and has done to the youth of America. Immediately, the stakes are set high. Documentarian Lee Hirsch finds two families who have lost children to suicide after they were bullied. The movie also follows Alex, a boy who is bullied every day because of the way he looks. The filmmaker goes up close with kids, parents and administrators to see how bullying is handled.

The message at the core of the movie is that not enough is being done. Rather than explore the causes of bully behavior, the film focuses on how school officials, legislators and communities have shrugged off the effects of bullying, while children still endure senseless cruelty every day.

“The Man with the Iron Fists” (R) — This is a cheesey, overdone pile of kung-fu runoff — and it’s all clearly made with love. Thank writer, director and star of the film, RZA. The movie is an obvious love letter to the bargain-bin action movies of his youth. In 19th-century China, a remote village is prey to a band of vicious outlaws. It’s up to the town blacksmith to lead a curious band of unique fighters through a series of confusing, cluttered and ridiculous action scenes. It’s gory, it’s action-packed, and it’s hard to follow — in a fun way.