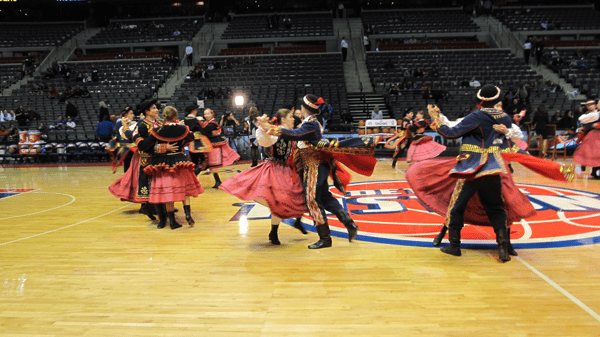 Photo by Sue Suchyta
POLANIE performed at The Palace of Auburn Hills Feb. 1 for the Detroit Pistons pre-game show. The high school and college student-age Polish dance ensemble is part of the Polish Alliance Dancers of Dearborn, which celebrated its 50th anniversary. 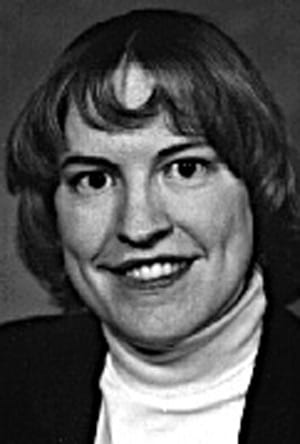 By SUE SUCHYTA
Dearborn Heights Civic Theatre recently announced the cast of “Twelve Angry Men,” a drama about 12 jurors who must decide the outcome of a felony murder trial. Initially, most believe the defendant to be guilty, but soon the lone dissenter on the jury begins to sow seeds of “reasonable doubt.”

Phil Walling is the voice of the judge, with Jerry Kondraciuk as the clerk and assistant to the bailiff, with Mike Kinnell playing the bailiff and the guard.

‘BEEHIVE’ TO SET WYANDOTTE ABUZZ
“Beehive, the ’60s Musical,” a fundraiser for the Downriver Actors Guild, runs for one more weekend, at 7:30 p.m. Friday and Saturday, with a 2 p.m. Saturday matinee and a closing 3 p.m. Sunday matinee. The theater is at 1165 Ford Ave. in Wyandotte.

Tickets are $15 for the fundraiser. For more information call 313-303-5269 or go to www.downriveractorsguild.net.

Featuring songs and hairdos immortalized by women singers of the 1960s, the show recalls how social and political mores shaped the era’s music.

In addition to launching the women’s movement of the 1970s, Black said female singers of the era often sang songs that were political, controversial and created female stars in a revolutionary decade.

“Anybody that loves the music of the ’60s and the women, anyone that grew up in that time period hearing this music is really going to be taken back to their heyday,” Black said, “because the music is awesome.”

‘FEAR NO ART’ CAFÉ ON FRIDAY
The Dearborn Community Arts Council will turn the Padzieski Art Gallery into a visual and performance art space from 7 to 10 p.m. Friday and again April 12 with “Fear No Art Café.”

Aimed at high school and college students, the DCAC urges participants to display visual art in the gallery, or perform for five minutes live at an open microphone.

In addition to visual artists, the DCAC encourages performing artists, from singers, instrumentalists, performers and even small instrumental groups to share their talent.

A peer review panel will monitor content. Direct questions to the DCAC at 313-943-3095 or send an email to [email protected]

POLISH ALLIANCE DANCERS CELEBRATE 50 YEARS
The Polish Alliance Dancers celebrated its 50th year with a performance and fun-packed dinner dance Feb. 2 in the parish hall at SS Peter and Paul Church in the Warrendale neighborhood of Detroit.

The oldest and most skilled dancers, POLANIE, have performed in Poland and throughout southeastern Michigan. On Feb. 1 they performed before the Detroit Pistons game at The Palace in Auburn Hills.