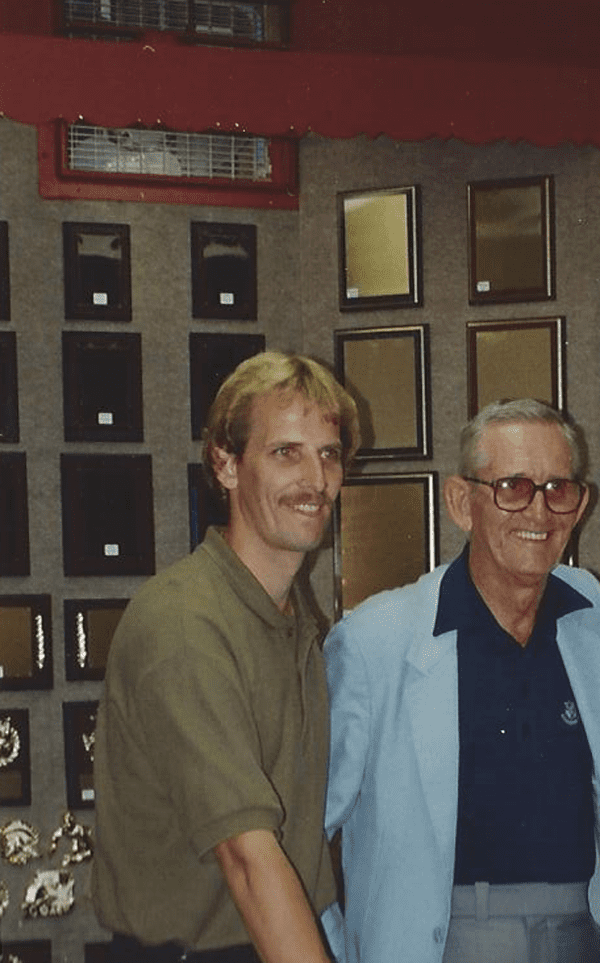 Store owner Brian Gniewek, 52, who ran the west Dearborn store after his father retired in 1980, said he closed the mom-and-pop trophy store because he had an opportunity to sell the building.
“When the economy took a dump, people started losing jobs and they are not going to spend $200 to $400 on a varsity jacket,” Gniewek said.

Out of the store’s 10,000 square footage, Gniewek used about 2,500 square feet, leaving the other space unused.

In that space, he sold men’s clothes, sporting goods, engraved merchandise and the like for 32 years.

Twenty years before that, in 1960, Gniewek’s father, Henry Gniewek, opened the shop at its original location on Michigan Avenue near Telegraph Road.

After Gniewek’s father retired, Gniewek advanced from manager to owner.

Gniewek said his father started the business after a suggestion from a friend.

“He was in a (previous) business and one of his buddies came in one day and said, ‘You should get in the trophy business,’ and he said, ‘Okay fine,’” Gniewek said. “His friend just thought that there was a niche for the trophy business (because) there weren’t many around.”
Gniewek’s business had decades’ worth of customers he gained from all over the state by word-of-mouth and having a “customers
come first” mentality, he said.

A lot of our business was from repeat customers,”
Gniewek said. “From time to time we would get some new walk-in business (but it was mostly from) a lot of referrals.”

Gniewek said about 80 percent of his customer base was from repeat customers and 20 percent was from new customers.

“Over the course of the last 32 years I got to know a lot of my customers on a very personal level,” he said. “It has been nice to still keep in touch with them outside of work. It has been important to me that we keep that friendship going.”

On a good day, the store had between 20 and 30 customers; on a bad day, anywhere from five to 10 customers visited the store.
Gniewek said Internet sales hurt his business significantly because people would purchase a product online — comparable to his store’s price — instead of buying with him and paying wholesale.

Gniewek also said his business took a blow because of the fluctuating
economy and his customers — organizations, corporations, groups and individuals — did not purchase engraved products like they used to.
“In the 1980s (people bought) trophies and plaques and in the 1990s it was bowling balls,” Gniewek said.

Although Gniewek closed the store, he decided to stay in the trophies and engraving business, but in a different capacity.
Gniewek now works as a sales representative at Great Lakes Trophies & Engraving Inc. in Garden City.

He said he is in a good place. Gniewek works under the store’s owner, Ed Duprey, who said he wanted “to make sure everyone knows (Gniewek) is coming here.”

“He’s brought a tremendous amount of sales already (from) his longtime customers, who now will be our repeat customers,”
Duprey said.

Duprey said he brags about how his got 75 years of combined employee and business experience when Gniewek joined his store, which opened in 1995.

“You don’t have that kind of longevity without having repeat customers because they are used to the work you do,” Duprey said. “I’m confident there is nothing we are going to do to make (the customers) go anywhere else.”

Duprey said in addition to bringing in customers, Gniewek brings a complementary personality.

“We get along well,” Duprey said of Gniewek. “He has a great sense of humor and is personable.”

“Ed’s made it very comfortable for me to do what I am doing,” Gniewek said. “It has been a great partnership so far.”

Gniewek added that his customers said they will now shop at Duprey’s store.

“Hopefully they come in and look at Ed’s operation and see all the products and services he offers, or just to come in and say ‘Hi,’” Gniewek said.

(Sherri Kolade can be reached at [email protected]
com.)