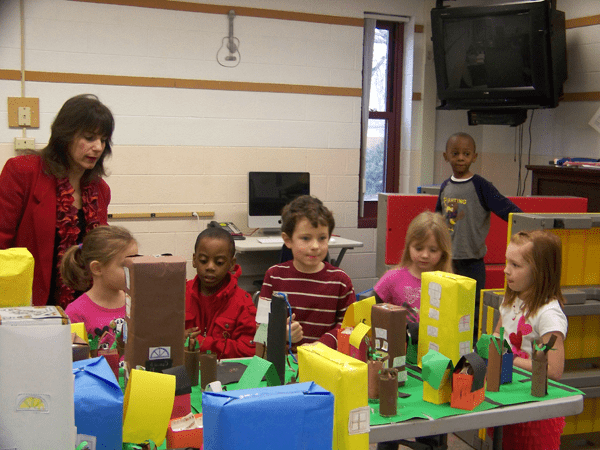 By JAMES MITCHELL
Sunday Times Newspapers
SOUTHGATE — The final days of North Pointe Elementary School may not end with a bang, but will probably conclude with a splash or two on the part of the principal.

Teachers, administrators and PTO planners have begun making plans for what will be the last semester for North Pointe, one of three Southgate Community Schools that will close this year, along with Chormann Elementary and Gerisch Middle schools.

Students will continue an annual tradition of accepting a Reading Counts-Math Counts challenge; the reward for those meeting the goal will be a chance to unseat Principal Sinder Gundick from her class carnival perch in a dunk tank.

“It’s a chance to throw a ball at the principal,” Gundick said.

Shutting down North Pointe won’t be all fun and games, but Gundick said that administrators, teachers and parents have come to terms with economic realities, the same lessons learned throughout the city, state and region in recent years. Last year the district accepted that dramatic changes were needed to address an anticipated $3 million-plus deficit for the 2013-14 academic year.

In December a series of study sessions and presentations outlined a plan that included shutting down three buildings. Beginning this fall all sixth- through eighth-grade students will go to Davidson Middle School, all ninth- through 12th-graders to Anderson High School.

The restructuring will include eliminating up to 30 as well, something else Gundick said was a difficult but necessary decision. Everything else, it seemed, had been trimmed in recent years to include elimination of general education bus service and the closing of Anderson High School. The numbers — including a declining student population — were indisputable.

“Every school peaked about five years ago,” Gundick said.

Just over 4,200 students now attend Southgate compared to more than 5,000 not too long ago. North Pointe’s history goes back to its 1970 opening as a Heintzen Public School District school the year of the merger with Southgate, and Gundick said the district’s offerings since have been among the best in the state.

“We offer a lot,” Gundick said of highly regarded Advanced Placement, sports and general education courses. “We just need to downsize a little. We’re not going away.”

Gundick, who has served more than 20 years with Southgate Schools and was named Best Assistant Principal in the state for 2009-10 before her promotion, said that the 280-plus students at North Pointe will continue their education in a quality district. Definitive plans for staff and administrators have yet to be confirmed, with a busy schedule between now and June for everyone in the district.

“Change is tough, but it will be better,” Gundick said. “I’m excited for a new adventure. We’ll make it through. We’re Titans.”