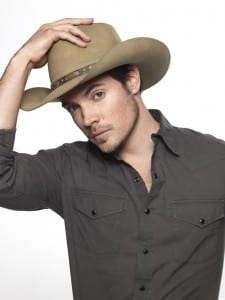 Q: Can you give me any info on the new season of “Army Wives”? — Jennifer A., Nashville, Tenn.

Q: Now that Matthew Perry has his own TV series, when can we expect to see some “Friends” stars show up? — DeeDee T., via e-mail

A: Matthew will welcome his former TV wife to his new show, “Go On,” sometime in April. Courteney Cox will play a new love interest for Matthew’s character, Ryan King. The “Friends” friends always have been supportive of each other’s post-“Friends” endeavors, with Jennifer Aniston appearing on Courteney’s “Dirt” and “Cougar Town”; Lisa Kudrow also on “Cougar Town”; and Kudrow’s “Web Therapy” hosting David Schwimmer and Courteney Cox.

Q: I know you’re a fan of TNT’s “Dallas,” so maybe you can find out some scoops for season two for me? — Erin T. in North Dakota

A: Well, I did manage to get a little bit out of Josh Henderson, who plays John Ross Ewing, when we spoke recently. He told me: “At the end of season one, John Ross was on fire. By this season, he’s cooled off a bit because he knows that if he wants to achieve his goals, then he’s going to have to keep his emotions and anger buried to gain others’ trust. But he’s definitely on a mission, and he definitely wants to take down Christopher and Elena.”

In regard to John Ross and Pamela Barnes’ new relationship, Josh explained: “These are two people who know that they are never supposed to be together. Their fathers are enemies, but they don’t care. Julie (Gonzalo, who plays Pamela) and I get along so well; we have a ton of fun together. I really think it shows on screen, and it’s going to be a fun thing for people to watch throughout season two.”

As for the show’s future after the passing of Larry Hagman: “I don’t know what the second half brings. None of us do. With Larry’s passing, they’ve had to rewrite the second half of season two completely. I can tell you this: Season two is like season one on steroids. It’s everything that people re-fell in love with ’Dallas’ for in season one. You won’t be disappointed.”