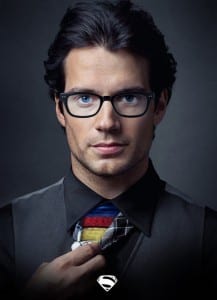 HOLLYWOOD — We will finally see the long-awaited reboot of the Superman franchise when “Man of Steel” opens June 14. The last Superman reboot, starring Brandon Routh, failed at the box office. This time around, British actor Henry Cavill is “The Man of Steel.” We first saw Henry in “The Tudors” from 2007-2010.

Among his film roles were “Stardust” (2007) with Claire Danes, Sienna Miller, Peter O’Toole, Michelle Pfeiffer and Robert DeNiro, which cost $88.5 million to shoot and made $135.5 million. In 2009, Woody Allen cast him in “Whatever Works,” with Larry David, Evan Rachel Wood, Ed Begley Jr. and Michael McKeon. In 2011, Cavill succeeded with “The Immortals” in 3D, with Stephen Dorff, Kellen Lutz, Frieda Pinto and Mickey Rourke. It cost $75 million to make and earned a whopping $227 million. This year’s “Cold Light of Day,” with Bruce Willis and Sigourney Weaver, came and went, costing $20 million to make with only $16 million in ticket sales.

Cavill’s Superman will have a different look. The Superman suit has been given an upgrade in the form of a built-in crotch (yes, that’s what they’re calling it!). The decision was based on the desire to make Superman more alien, and the red undershorts made him more Earth-like. Henry Cavill is more than capable of filling out the suit — from top to bottom — without any padding. The opening date of the film was chosen to honor the 75th anniversary of the release of the first comic book featuring Superman, Action Comic No. 1. How will Americans react to an English Superman, and what about the other skeleton’s in Henry’s closet that may come out?

BITS & PIECES: Elizabeth Olsen and “Breaking Bad’s” Bryan Cranston are in talks for yet another remake of “Godzilla,” and here we thought Mathew Broderick’s reboot put an end to that! … TV isn’t exempt from comic-book reboots. There’s talk of a TV series based on the 1968 Jane Fonda film “Barbarella,” which contained a scene where little robots tore off Barbarella’s clothes … well, you can do just about almost anything on cable these days!