EDITOR’S NOTE: DVDs reviewed in this column will be available in stores the week of March 4, 2013. 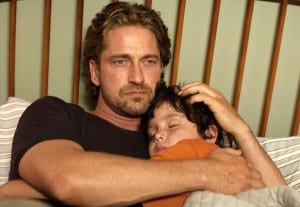 PICKS OF THE WEEK

“Wreck-It Ralph” (PG) — The villain of an old arcade game decides he’s done being the bad guy, and travels to other video games to find a new life. Wreck-It Ralph (John C. Riley) is a loveable, misunderstood giant who wants to get out from the shadow of his game’s titular good guy, Fix-It Felix. Along the way, he teams up with annoying little girl from a racing game (Sarah Silverman).

Every shot is packed with nostalgic nuances and rewarding visuals for the watchful. Characters from every generation of video games make clever appearances. The script is fast-paced enough to keep the kids involved in its story about a supposed bad guy who only wants to be kind and be accepted.

“Red Dawn” (PG-13) — A handful of well-armed American teens wage war against North Korean invaders in Spokane, Wash. For some convoluted reasons, North Korea 1) Has the resources for a land invasion of America, and 2) Actually does that. Who cares about the details? Only one of the foreigners has a name, and the rest get handily gunned down by suburban high-school students. Oh yeah, and it stars Josh Hutcherson and Chris Hemsworth — two stars who signed on to the project just before their big breaks.

This is a remake of a big-deal ’80s movie by the same name. Even the old “Red Dawn” doesn’t hold up well in the modern climate, and this one has none of the charm and depth of the original. And the original was not deep.

“The Intouchables” (R) — This French import tells a (kinda) true story about the friendship between a super-rich white man in a wheelchair and a black man he hires to be his assistant. It’s full of life-affirming messages and tender scenes, all wrapped up in race humor that American audiences got tired of a while ago. The white guy likes classic orchestra, but his black friend gets him to listen to Earth, Wind & Fire. It’s not the barrier-breaking true story it wants to be, but it might just produce some warm and fuzzy feelings.

“Playing For Keeps” (PG-13) — A washed-up soccer star from Scotland (Gerard Butler) ends up in Virginia suburb with his ex-wife (Jessica Biel) and their son. While trying to prove he can be a real grownup, Butler’s character gets roped into coaching his son’s youth league team. Soon, he’s swarmed by sultry soccer moms and stale comedy. This romantic comedy is as funny as a soap opera and as romantic as a “Lockhorns” comic strip.