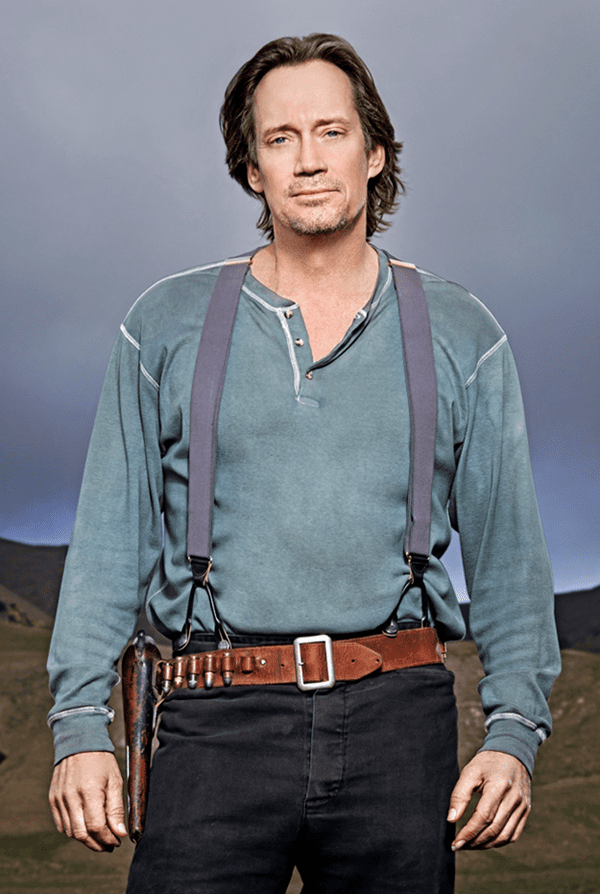 By Cindy Elavsky
Q: Kevin Sorbo has always been one of my favorite actors, ever since “Hercules.” I loved seeing him earlier this season on “Don’t Trust the B—- in Apt. 23.” What has been up to since? Any chance we’ll see him in a comedy again soon? — Sherri P., via e-mail

A: On March 23 at 8/7c, you can catch Kevin in the Hallmark Movie Channel’s “Shadow on the Mesa,” which also stars Wes Brown (“Deception”), Gail O’Grady (“NYPD Blue”) and Meredith Baxter (“Family Ties”). The movie takes place in the Old West, and Kevin plays rancher Ray Eastman, who is trying to protect his property from a land grab by a corrupt neighbor.

I asked Kevin if he’d like to do another comedy, and he told me: “I would love to. I’ve done a lot of guest spots ‘Dharma & Greg,’ ‘Two and a Half Men,’ ‘Just Shoot Me’ … all those different things. I did have my own sitcom back in 2005. It was a half-hour comedy called ‘Bobby Cannon,’ where I played an end-of-the-year quarterback for the Chicago Bears.

“It tested No. 1 for ABC, but then the then-president of ABC decided not to pick it up. To this day we are shocked. There’s no doubt in my mind we’d be in our eighth season right now. Oh well … welcome to the business of Hollywood.”
* * *
Q: Isn’t it about time for a new “Dancing With the Stars”? — Gina W., Columbus, Ohio

A: While CBS hasn’t canceled the Dennis Quaid/Michael Chiklis drama as of this writing, things aren’t looking good for it. The ratings aren’t as high as CBS expects from its dramas, especially one that’s so expensive to produce, and CBS downgraded its episode order from 22 to 21. “Vegas” returns with new episodes on Tuesday, March 19, after a month-long hiatus.
* * *
Q: Did you ever find out if “The Witches of East End” is going to be a regular series on Lifetime? — Callie D., via e-mail

A: Lifetime recently announced that it did indeed pick up “Witches” for a 10-episode run to launch later this year. The drama stars Julia Ormond, Jenna Dewan-Tatum and Rachel Boston. As soon as I get a firm date, I’ll let you know.