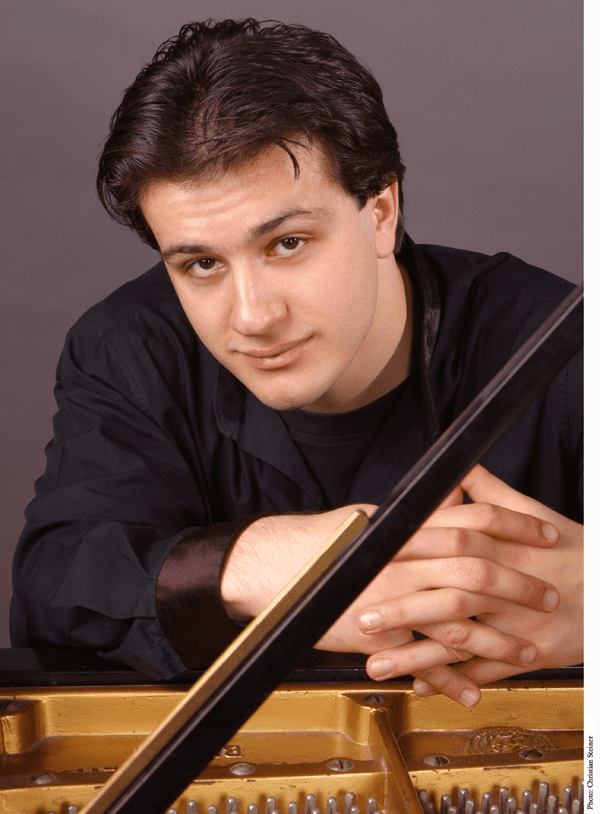 The Dearborn Symphony welcomes Russian pianist Gleb Ivanov to its stage for a third time for its concert at 8 p.m. Friday at the Ford Community & Performing Arts Center, 15801 Michigan Ave.

Under the direction of conductor Kypros Markou, Ivanov will perform one of the crown jewels in the piano repertoire, Grieg’s powerful, tender and emotional “Piano Concerto.”

Ivanov has been hailed by the New York Times as “a young super-virtuoso with musical sensitivity and an appreciation of style to go with the thunder and lightning.”

An attention-grabbing boom will open the concert with dramatic chords from Suppé’s sparkling “Morning, Noon and Night in Vienna Overture,” composed in 1844. While the play closed after three nights, the overture was a huge success and continues to grab the attention of the audience, quiet the house and set the scene for the entertainment.

Next up, Ivanov will bring his heartfelt passion to “Piano Concerto.” From its opening timpani roll, cascading piano chords followed by rising arpeggios, “Piano Concerto” is a balance of lyricism and virtuosity

“What warmth and passion in his melodic phrases, what teeming vitality in his harmony, what originality and beauty in the turn of his piquant and ingenious modulations and rhythms, and in all the rest what interest, novelty and independence!” Grieg’s contemporary, Tchaikovsky, wrote. “If we add to this that rarest of qualities, a perfect simplicity, far removed from affectation and pretense . . . it is not surprising that everyone should delight in Grieg.”

About Ivanov, the Washington Times wrote: “Eerily like the ghost of Horowitz, Ivanov engulfed the keyboard, rattling the rafters and thrilling the audience. His talent is larger than life.”

Already well known as a virtuoso pianist in Russia, having played with the Moscow State Orchestra, at the Great Hall at the Moscow Conservatory, and at the Kremlin, Ivanov won many important prizes in Moscow and Kiev. In 2005, he won the Young Concert Artists International Auditions in New York, which launched his career in America.

Paul Yeon Lee’s “Rapid Fire” will open the second half of the concert. James F. Cotter of the Times Herald-Record describes it as “…a scintillating piece, full of sound and fury from its first drum roll and string fanfare that ascends with swirling notes punctuated by the beat of timpani and percussion. The ever-quickening pace takes on the sounds of city traffic with clashing cymbals, vibrant xylophone and whistles amid the shrill accelerating violins. With its staccato cacophony and stridence, the overture is certainly an immediate attention getter, over almost before it begins.”

The program will climax with Stravinsky’s dazzling “The Firebird.” In 1910, Stravinsky (age 27) was commissioned to write a new ballet by Sergei Diaghilev, the great impresario of the Ballet Russe.

It was a story based on a Russian fairy tale of Prince Ivan befriended by the magical, half bird, half woman “Firebird,” whose plumage shines with the brilliance of flame, the immortal, evil ogre Kastchei who holds maidens captive and turns their male defenders to stone, and, of course, a beautiful Princess.

Stravinsky’s orchestration with colors and sounds depicts humans vs. mythical creatures and evil vs. good. With help from the Firebird, Ivan destroys the ogre’s evil soul, frees the maidens and marries the most beautiful Princess. The rousing, very full and powerful Hollywood ending leaves the audience uplifted and soaring like the beautiful “Firebird!”