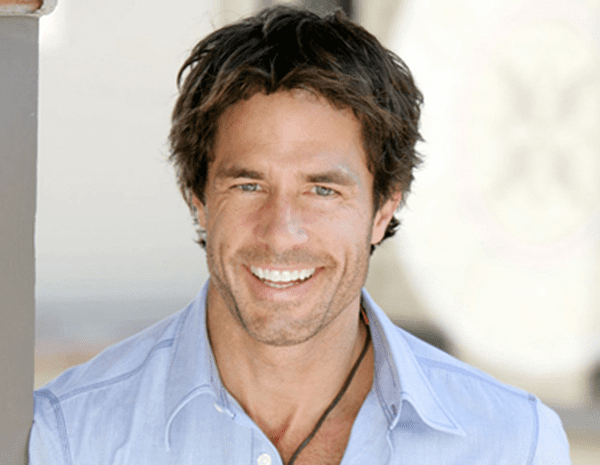 Shawn Christian stars as “Daniel” on “Days of Our Lives”.

THE BOLD AND THE BEAUTIFUL
Katie couldn’t stop feeling that Brooke was a threat to her marriage. The police came across a single-vehicle accident with no one at the scene. Meanwhile, Brooke was doing everything she could to keep Bill from being arrested. Rick encouraged Maya to pursue an acting career. Taylor was concerned about how a possible affair might affect Forrester Creations. Hope and Liam wondered what their life would have been like without outside interference. Katie was livid when Brooke called her to say that Bill wouldn’t be coming home. Caroline was jealous after witnessing Rick and Maya on a date. Katie unleashed her fury. Wait to See: Dayzee and Caroline discover they have something in common. Katie is hospitalized.

DAYS OF OUR LIVES
Jennifer was forced to break up with Daniel. Vargas reminded Nick of the deal they made in prison. Kate and Rafe ran into Stefano and his new girlfriend. Kristen was horrified to see Sy meeting with
Shawn Christian stars as “Daniel” on “Days of Our Lives”. Marlena. Will wondered why Nick was suddenly so nervous. Jennifer was caught off guard by Daniel’s passionate kiss. Will was upset to learn about Rafe’s involvement with Kate. Chad and Abigail followed Cameron to Chicago. Daniel turned to Chloe for comfort after being publicly embarrassed by Jennifer. Kristen arrived at John’s hotel room to share memories of their past. Hope questioned Jennifer’s
motives. Eric told Nicole that he might be transferred. Cameron’s secret was revealed. Wait to See: Daniel finds Nancy’s passport. Brady’s mugger is arrested.

GENERAL HOSPITAL
Sonny admitted that he was in love with both Kate and Connie. Carly confided in her mom, Bobbie, about her complicated love life. AJ launched an attack on Tracy for stealing the relish recipe.
Epiphany gave the new interns a tour of the hospital. Brenda and Jax made a surprise visit to Port Charles. Patrick was jealous of Sabrina’s “boyfriend.” Noah attended the Nurses’ Ball in honor of Robin. Maxie found it difficult to enjoy the evening’s events while Lulu was still missing. As the ball began, tensions ran high between Sonny and Brenda and Jax and Carly. Spinelli and Ellie’s performance reignited their connection. Noah asked Bobbie if she was seeing Scott. Wait to See: A moving tribute leads to a dramatic announcement. Brenda asks Sonny to meet with her.

THE YOUNG AND THE RESTLESS
Jack and Victor presented a united front as they confronted Wheeler about the shooting. Lauren decided to fight for her marriage after Michael asked for a separation. Katherine diagnosed herself with Alzheimer’s. Alex realized that it was Wheeler’s daughter whom he remembered seeing with Jack. Billy and Victoria considering expanding
their family. Tyler told Lily his real name. Avery bailed Dylan out of jail after he was arrested. Tyler and Leslie made a pact that their father’s case wouldn’t come between them. Phyllis asked Nick to keep an eye on Summer and Kyle. Jack and Victor got their stories straight about Stephanie. Wait to See: Nikki threatens Adam. Lauren can’t stop thinking about Carmine.