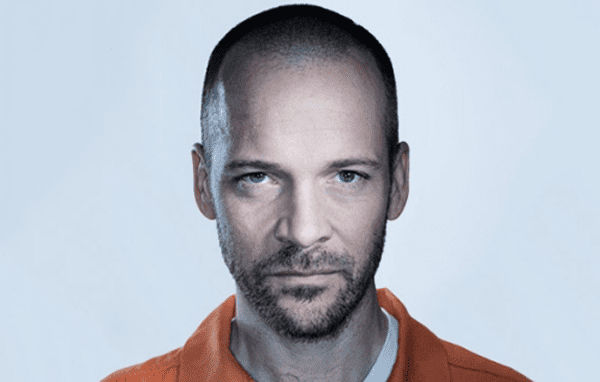 By Cindy Elavsky
Q: A while ago you said “The Killing” would be back for a third season, and I was thrilled. I have yet to see it on AMC’s schedule. Can you tell me when it will return? — Holly G., via email

A: “The Killing” returned June 2 for its 12-episode third season. This season will explore the dark world of a serial killer, Ray Seward (played by Peter Sarsgaard), who has a connection to Sarah Linden’s past. According to executive producer Veena Sud, Peter had a big hand in creating his character, saying: “He came in with really great ideas. … There is something that is so brilliantly internal about Peter. He takes all these characteristics of extreme violence, and he sucks it deep within him, and it becomes more terrifying because of it.”
* * *
Q: The actor who played Jake Abernathy on “Bates Motel” was in a sitcom several years ago. Can you tell me what show I am thinking of? — Shirley T., via email

A: The actor in question is Jere Burns, who is perhaps most recognized for his role as ladies’ man Kirk Morris on the Judd Hirsch sitcom “Dear John,” which ran on NBC from 1988-92. He has done a ton of stuff since then, including “Justified,” “Burn Notice,” “Breaking Bad,” “Hawaii Five-0” and many others.
* * *
Q: Can you give me any hints as to what we can expect this season on “Perception”? — Michelle W., via email

A: The second season of “Perception,” which begins Tuesday, June 25, brings aboard a new — but familiar — face. Scott Wolf joins the cast as Donny Ryan, Kate’s (Rachael Leigh Cooke) estranged, soon-to-be ex-husband. I spoke with Scott recently, who’s excited to play this new role, and he gave me a sneak peak as to what to expect:

“Donny’s been in D.C. working as an assistant U.S. Attorney, and he winds up coming back to Chicago. It doesn’t take very long for him to reveal what his true intentions are. He says he just got transferred back there for work, but pretty quickly he reveals that he’s come back there to be closer to Kate. Soon, it becomes clear that Daniel (Eric McCormack) and Kate have feelings for each other, whether friendship or romantic. So, there’s a little bit of a triangle between the three of them.”
* * *
READERS: As promised, here is the fate of more 2012/13 network shows, this week listing CW and Fox. On the renewed list for CW is: “Arrow,” “Beauty and the Beast,” “The Carrie Diaries,” “Hart of Dixie,” “Nikita,” “Supernatural” and “The Vampire Diaries”; for Fox: “American Dad,” “Bob’s Burgers,” “Bones,” “Family Guy,” “The Following,” “Glee,” “The Mindy Project,” “New Girl,” “Raising Hope” and “The Simpsons.” CW’s shows that were canceled or have ended are: “90210,” “Cult,” “Emily Owens, M.D.” and “Gossip Girl”; for Fox we have: “Ben and Kate,” “The Cleveland Show,” “Fringe,” “The Mob Doctor” and “Touch.” Next week, it’s NBC.