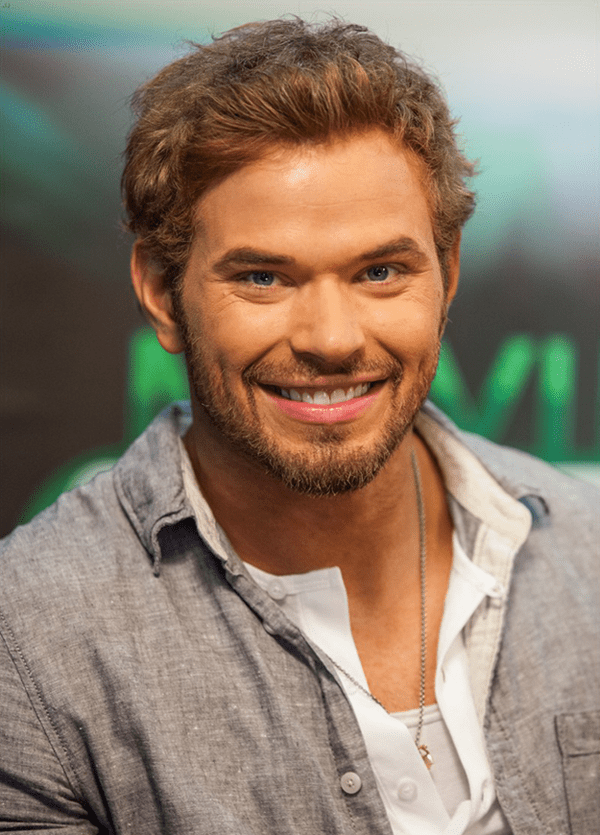 HOLLYWOOD — Producers seem to be taking the expression “Everything old is new again” a little too far. Here’s an original idea … let’s remake “Hercules”! It’s so original that two companies are remaking films about the son of Zeus. Brett Ratner, who produced “Rush Hour 1-3” and “X-Men: The Last Stand” is producing “Hercules: The Thracian Wars,” based on a comic book, with Dwayne Johnson, Ian McShane, Joseph Fiennes and John Hurt for July 25, 2014, release.

But before its release we’ll get “Hercules: 3D,” directed by “Die Hard 2” and “Cliffhanger’s” Renny Harlin and featuring “Twilight Saga” star Kellan Lutz as Hercules. Even before that, we’ll see Lutz in “Java Heat” with Mickey Rourke, “Syrup” with Amber Heard, and this summer he’ll be “Tarzan.” The “Rock” vs. Tarzan and Hercules … should be an interesting match!
* * *
Sorry to have to break the news to you, but Sylvester Stallone has sold the remake rights for “Rambo” and “The Expendables” to a Bollywood film company. Both films will start shooting by the end of this year. How will they ever make them into musicals?

And speaking of musicals, you won’t believe this. In Australia, they are currently staging a full-scale production of a musical version of … KING KONG!
* * *
Among the stars returning to TV in the new season are James Caan (“Back in the Game”), Robin Williams and Sarah Michelle Gellar (“The Crazy Ones”), Michael J. Fox (“The Michael J. Fox Show”), Henry Thomas (of “E.T.,” in “Betrayal”), James Spader (“The Blacklist”), Blair Underwood (in a remake of “Ironside”) and Jonathan Rhys Meyers (as “Dracula”).

Meanwhile, Neil Patrick Harris has been named to host The Tony Awards for the fourth time. It will, undoubtedly, be a great show because of all the film and TV talent nominated this year for their work in Broadway shows. The hot new musical “Kinky Boots” earned 13 nominations, including one for Cyndi Lauper, who wrote the music and lyrics for the show. Among the drama nominees are Tom Hanks (“Forrest Gump,” etc.) for “Lucky Guy”; Nathan Lane (“The Producers,” etc.) for “The Nance”; and David Hyde Pierce (“Frasier”) for “Vanya and Sonia and Masha and Spike.” Best actress nominations went to Laurie Metcalf (“Roseanne”) for “The Other Place”; Holland Taylor (“Two and a Half Men”) for “Ann”; and Cicely Tyson (“Jane Pittman” and “Sounder”) in “The Trip to Bountiful.”

Supporting nominations went to Tony Shalhoub (“Monk”) for “Golden Boy”; Judith Light (“Who’s the Boss”) for “The Assembled Parties”; Keith Carradine (“Will Rogers Follies”) for “Hands on a Hardbody”; and Andrea Martin (“Second City TV”) for “Pippin.” Should be a fun evening; after all, they are called the Tony Awards … after me. LOL!