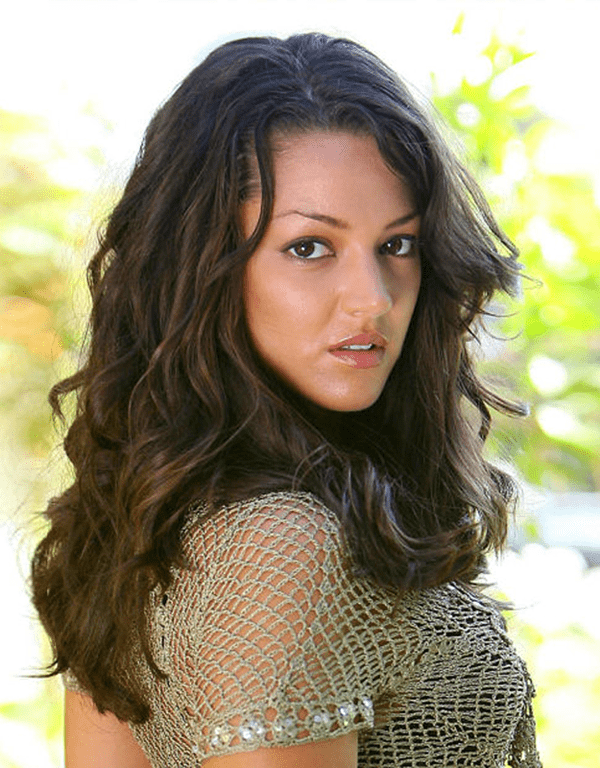 Paula Garces stars as “Lea” on “All My Children.”

THE BOLD AND THE BEAUTIFUL
Caroline warned Maya that she still had her sights set on Rick. Meanwhile, Rick demanded that Bill apologize to Maya for blackmailing her. Thomas defended his sister to Liam. Katie told Brooke about Steffy’s secret. Carter filled Caroline in on his new business endeavor. Liam admitted his feelings to Hope but with the caveat that he also still held a torch for Steffy. Caroline enlisted the help of an old friend, Rafael, in her scheme against Maya. Hope was greeted by a handsome stranger. Wait to See: Maya catches a break.

DAYS OF OUR LIVES
Dr. Chyka gave Kristen the means to exact her revenge on Marlena. Sami was mysteriously attacked in jail. Brady and Nicole struggled to keep their tryst a secret from Eric. Marlena put Sami under hypnosis to help her remember what happened. Adrienne asked Will to break up with Sonny. Kristen donned a disguise to carry out her evil plan. Daniel caught JJ trying to steal Cameron’s drug samples. Nick went to Vargas with a surprising offer. Sonny told Will the truth about his mom. Jennifer was torn between her love for Daniel and her son. Wait to See: Will wants to confess.

GENERAL HOSPITAL
Shawn admitted to Alexis that he tried to shoot Franco. TJ saw Rafe kiss Molly in the park. Michael and Kiki realized the extent of their difficult family connections. Sonny was furious at Carly for ordering the hit on Franco without his knowledge. Alexis ended her relationship with Shawn but promised not to turn him in. After kissing Molly, Rafe could tell that she still loved TJ. Tracy accompanied Luke to get his test results. Duke suspected that Ava was related to the Jerome crime family. Silas decided not to return to New York with Rafe. Wait to See: Luke receives his diagnosis.

THE YOUNG AND THE RESTLESS
Chelsea told Dylan that she loved him. Sharon accused Adam of cheating. Anita ordered flowers to send to Chelsea under Adam’s name. The blogger continued to write about Neil and his family. Adam made a mysterious phone call telling someone Victor’s plans. Cane hired a new assistant named Hilary. Chloe told Kevin to return everything he stole if he wanted to save their marriage. Fen was shocked to find his friend Carmine kissing his mother. Wait to See: A birthday at the Abbott mansion ends in a surprise.

ALL MY CHILDREN
(Internet)
Billy Clyde got a makeover. Lea questioned Zach about his love for Kendall. Opal had a vision after walking in to Pete’s bedroom. A realtor found a buyer for the Cortlandt Manor. Jesse fell deeper into Uri’s clutches. JR had a wonderful surprise for Cara.

ONE LIFE TO LIVE
(Internet)
Viki was shocked by Jeffrey’s news. Matthew was stunned by what he found out about Michelle. Blair and Tea feared for their children’s lives. Michelle tried to set things right with Matthew. Bo’s latest case led him to a horrifying discovery.