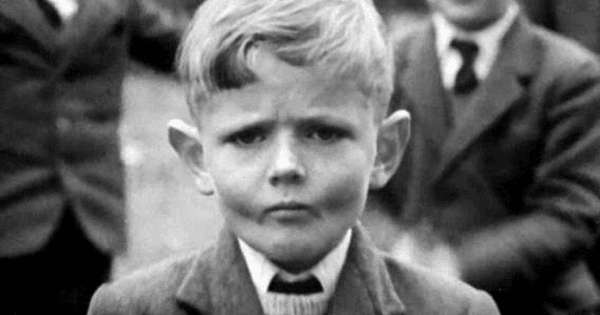 PICKS OF THE WEEK
“6 Souls” (R) — Julianne Moore plays a forensic psychologist who gets caught up in a supernatural, schizophrenic murder mystery. She’s an investigator who specializes in disproving insanity claims made by killers. Her biggest challenge yet: some hillbilly (Jonathan Rhys Meyers) who convincingly assumes different personalities with a twitch of his neck. The twist: His extra identities match up with those of dead people whom he’s never met.

It’s a big dumb stinker. It was released in the UK a while back, and only trotted out for an American release for the pre-summer blockbuster lull. The movie tries to carry this whole conflict about Moore losing her faith in the divine, but I’m not ready to take philosophical or spiritual cues from a movie this lame.

“56 Up” — This documentary is sort of a check-in. It’s part of a series that began in 1964 with “7 Up,” in which 14 seven-year-olds were interviewed about their lives and dreams. Every seven years since then, the same researcher has made a new documentary. Now those kids are 56-year-olds. Footage from earlier installments and the times in between are molded into short narratives. It’s strangely compelling to see strangers — not actors, not family, nobody special — grow up and experience life.

“Tai Chi Hero” — This is the sequel to “Tai Chi Zero,” a goofy, special-effects laden trip into a parallel world where martial arts equal magic. Our hero, Lu Chan, comes to the village of Chen, where everyone is a martial-arts master. The villagers at first refuse him because they don’t teach their martial art to outsiders — and he’s kinda dumb. Lu Chan is welcomed into the community after he uses his mysterious powers to stop bad guys from building a railroad through Chen.

This, I should say, is a silly movie. Not in a particularly good or bad way — just odd and full of spectacle. I also should mention that a magic horn sprouts from Lu Chan’s head when his powers are activated. This detail and many other oddball subplots are left wide open at the close of the film.

“The House I Live In” — This documentary takes a broad look at the War on Drugs, and manages to drive it all home with human elements. Through interviewing judges, inmates, cops and families, the documentary puts faces on all sides of the issue. The resulting image is astounding; prison populations grow while nothing is done to fix the cycle that keeps sending people into the world of dealing and using. Keeping people locked up has become too profitable for anything to be done. While the arrests and prison sentences overwhelmingly fall upon the poor and ethnic minorities, the film makes the case that this is everyone’s problem.