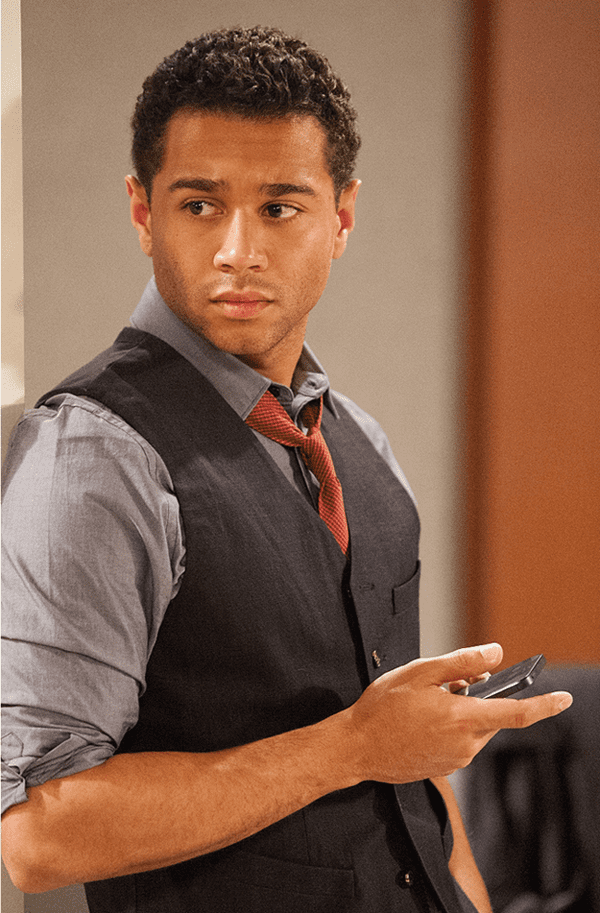 Corbin Bleu stars as “Jeffrey” on “One Life to Live”

THE BOLD AND THE BEAUTIFUL
It was a close call when Katie walked in on a private conversation (about her) between Brooke and Donna. Taylor apologized to Brooke for assuming that she had an inappropriate relationship with Bill. Later, while planning a special night for Eric, Taylor gained information that led her to believe that Brooke set her sights on Eric. Katie made final preparations for Brooke’s birthday party. The attendees were on edge knowing that there was a big secret looming. Taylor told Thomas everything that she had learned about Brooke. Wait to See: Caroline practically pushes Maya into Carter’s arms.

DAYS OF OUR LIVES
Eric struggled to remember what happened to him. Meanwhile, Brady and Nicole reacted to Daniel’s theory about Eric. Chad made it clear that he wanted to be with Abigail. Eric was grateful when Nicole found a way to save the school project. Kristen and Marlena had a scratchy encounter. Jennifer was horrified when she learned that JJ had been arrested. Cameron asked Abigail what secret she shared with Chad. EJ began his plan to bring down Stefano. Wait to See: JJ cooks up another scheme.

GENERAL HOSPITAL
Luke deflected Laura’s comments about his health. Maxie got emotional when Spinelli caught her in a motherly moment. Laura and Lucy discussed bigger goals with Deception. Felicia and Mac asked Anna to be their maid of honor and Duke to be their best man. Duke paid homage to Robert and Mac’s friendship. Felix accidentally told Britt that Patrick and Sabrina were running a paternity test — and she headed off to stop them. After Luke collapsed, he vowed to be around for his granddaughter’s birth. Wait to See: Luke receives his diagnosis.

THE YOUNG AND THE RESTLESS
Chelsea said yes to Dylan’s marriage proposal. Leslie and Neil informed Avery that Gus left half of his estate to his children and the other half to Rose Turner. Leslie made a connection to something that Rose wrote on one of her photos and what the blogger recently posted. Jack worried about Traci and her marriage, but she didn’t want to talk about it. Avery told Nick that she thought he needed some space. Adam figured out that Sharon still thought she might have a chance with Nick. Wait to See: Jack’s birthday has its share of surprises.

ALL MY CHILDREN
(Internet):
Colby thanked David for bailing her out of her financial woes. Dixie informed Joe that Billy Clyde Tuggle was alive and back in Pine Valley. Miranda’s life at school got even rougher. Brooke made it clear to JR that she was in charge of all things concerning Chandler Enterprises, but JR won’t sit idly back.

ONE LIFE TO LIVE
(Internet):
Viki received unexpected news about the Pellegrino Fund. Natalie confided in Destiny about her feelings for John. Jeffrey took the “Michelle” situation into his own hands and was shocked to find out the truth. Todd was shaken by what he found at Willow Lake.