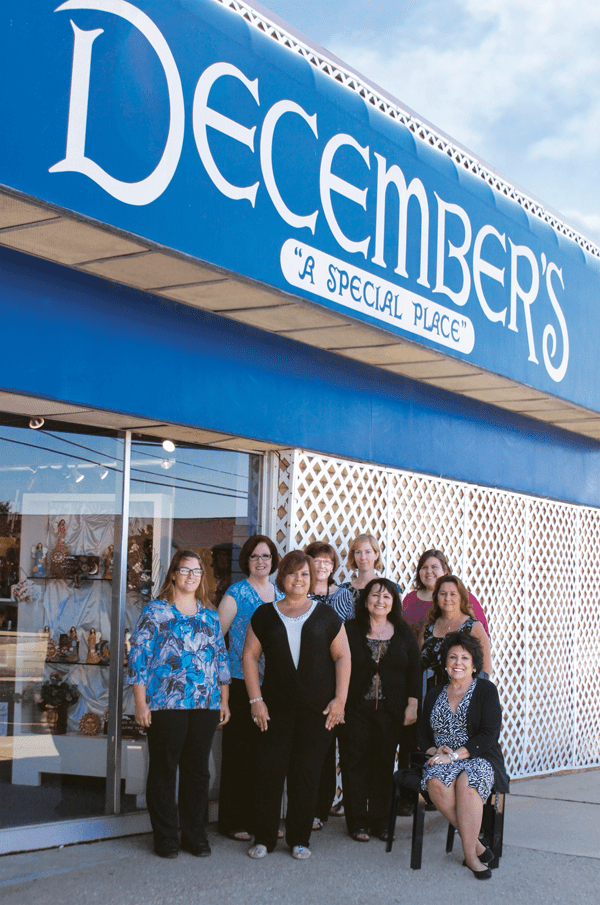 SOUTHGATE — December’s Special Place, a religious store started by Walter and Stella December in 1948 in Detroit, is still in the family and celebrating its 65th anniversary this month.

The business, originally at the corner of Fort Street and Schaefer in Detroit, moved in 1957 to Lincoln Park, and finally in 1975 to its present location at 14521 Eureka Road. It is run by Walter and Stella’s daughter, Therese December, who took over in 1969.

The business has evolved through the years into the heartwarming store it is today, specializing in baby, baptism, wedding, anniversary and memorial gifts. It has become such a fixture in metropolitan Detroit that it often is referred to simply as “December’s.”

The 65th anniversary celebration will be held Sept. 28 and 29 at the store. Celebration hours will be 9:30 a.m. to 8 p.m Saturday and noon to 5 p.m. Sunday, one hour longer than normal business hours for those days.

The first 65 adults entering the store on Saturday will receive a free gift. Drawings for prizes will be held during the celebration. Also, free refreshments will be available on Saturday.

Therese December said December’s sets itself apart from mass market stores by offering customers services that are not available in other stores, such as free gift wrapping, free personalization on all books and bibles, and custom personalization for new items.

She said December’s has come to be known for milestone occasions such as birthdays, anniversaries, weddings, baptisms, communions and confirmations, sympathy gifts, and memorial urns. It also features hundreds of angels, music boxes, home decor and one-of-a-kind pieces.