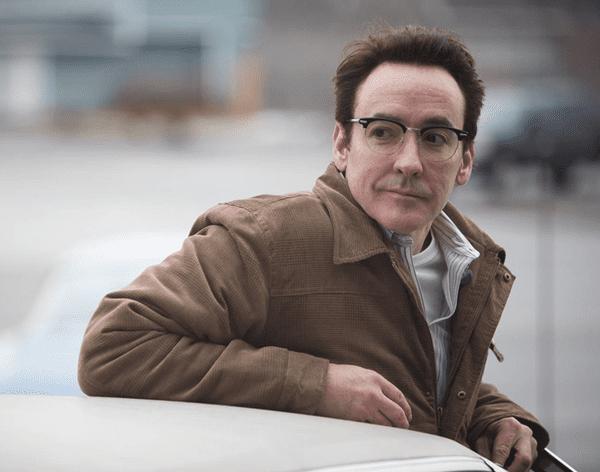 PICKS OF THE WEEK
“The Croods” (PG) — This animated adventure follows a prehistoric family on a trip through a colorful and dangerous world. Grug (Nicolas Cage), the head of the family, just wants to keep everybody happy and safe, sleeping in a pile in a cave. Teenage daughter Eep (voiced by Emma Stone) wants to see the land beyond the family cave. Geological activity forces the family into the big, wide world, guided by an eccentric stranger called Guy (Ryan Reynolds.)

It’s pretty much “Ice Age” with a bit of Flintstones mixed in. And much like the former, you can expect this movie to be milked for every last sequel, toy, cartoon and promotional tie-in for a few years to come. While the visuals are impressive, the comedy keeps it simple — girls love shoes, sassy grandmas are funny, animals are annoying and often play tricks on serious people.

“This Is the End” (R) — At James Franco’s mansion, the hottest celebrities are all gathered in a raucous party — then the Rapture begins and Hollywood goes to hell. Holding out in Franco’s mansion, Seth Rogen, Craig Robinson, Jonah Hill, Danny McBride and Jay Baruchel (all raunchy comedy veterans playing exaggerated versions of themselves) try to survive the End Times.

This foul-mouthed mess of stoner-comedy is somewhat smarter than it looks. Written by Seth Rogen, the movie welcomes you into a tight-knit group of friends who bond by cutting each other down. There are plenty of misdirects and belly laughs, many of them coming from the film’s plentiful cast of celebrity bit parts.

“Frozen Ground” (R) — In Alaska, state trooper Jack Halcombe (a surprisingly restrained Nicolas Cage) is on a mission to bring down a ruthless serial killer (John Cusack.) Over the course of 13 years, the killer has abducted and murdered more than 20 young women — until one (Vanessa Hudgens) manages to escape and identify the monster. Slow and by-the-book, “Frozen Ground” probably won’t astound you, even though it contains strong performances from all three stars.

“The Big Parade” (NR) — It may not sound familiar, but this is one of the most revered war movies in American cinema history. Originally released in 1925, “The Big Parade” tells the story of Jim Apperson (John Gilbert), a comfortable young man who is persuaded to join the Army and fight in World War I. The first half of the movie follows Jim and his buddies as they train and bond. Just when the audience gets comfy, the massive battle scenes hit, jarring the senses. It’s a silent film (fair warning), but it can definitely hit its mark and stick with you. This new DVD release is a favor to film lovers, making this bygone classic easier to find.