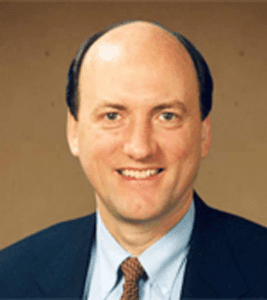 By DR. ELIOT A. BRINTON
Heart disease is America’s number-one killer. Yet many of the negative outcomes associated with the disease are preventable, thanks largely to cholesterol-lowering drugs called statins.

Unfortunately, statins don’t work if patients don’t take them, yet as many as three-quarters of patients stop taking their statin medication within the first year.

This has to change. In the quarter-century since statins were first introduced, dozens of clinical trials in hundreds of thousands of patients have shown that statins can prevent heart attacks and stroke and help save lives. In one study of over 17,000 patients in 26 countries, statin users had 54 percent fewer heart attacks, 48 percent fewer strokes, and 20 percent fewer deaths, compared with patients who took a placebo.

Statins work mainly by reducing patients’ levels of LDL, or “bad,” cholesterol by as much as 50 percent. High levels of LDL can lead to atherosclerosis, or hardening of the arteries, which is the primary cause of heart disease.

So why do so many patients stop taking their statins — or refuse them in the first place?

A common concern is the myth that statins cause liver damage. Statins can increase the blood levels of some liver enzymes, and so it has been assumed that they can harm the liver, or even lead to liver failure. But according to a recent study in the Lancet, a prestigious medical journal, statin-induced hepatotoxicity — the scientific term for liver damage — “is a myth.” The study found that patients taking statins suffered no additional liver damage compared to people who didn’t. The U.S. Food and Drug Administration has even removed the recommendation that liver enzymes be monitored routinely in statin-taking patients.

Another major recent concern about statins is that they can cause diabetes. Statins can indeed raise blood sugar levels slightly — and thus increase the risk of developing diabetes by about 10 percent or so.

A recent article, however, in the Journal of the American College of Cardiology has clarified this point, finding that statin use only increased the incidence of diabetes in patients who already had multiple risk factors for the disease. In a commentary on the study, Dr. Gregory Nichols of the Kaiser Permanente Center for Health Research said, “We can now be reasonably comfortable that statins increase diabetes only among people who are probably going to develop it anyway.”

Statins reduce the risk of cardiovascular events even in patients who develop diabetes, and the risk-benefit ratio of statin use remains positive; even for patients at high risk of developing diabetes.

Another concern is how statins interact with other medications. As many as 75 percent of medications — including warfarin, beta-blockers, antidepressants, and anti-HIV medications, among others, are metabolized through one set of pathways in the liver, called Cytochrome 450 (CYP450). When these, and some other medications, are taken with statins there can be “unanticipated adverse reactions or therapeutic failures.” A recent survey of over 10,000 statin users found that 84 percent were taking a prescription, over-the-counter medication, or dietary supplement that could adversely react with their statin.

Patients prescribed statins should ask their doctors whether the medicines or supplements they’re already taking can adversely interact with statins. Such conversations can help choose the best statin treatment to a patient’s unique medical history, cultural perspective, and personal circumstances — and result in a personalized treatment plan.

This year, 785,000 Americans will have a heart attack, and nearly 600,000 will die of heart disease. That’s more than one person every second.

Statins are our most important tool in the fight to prevent these terrible causes of suffering and death. Indeed, widespread statin use accounts for much of the progress we’ve made against heart disease over the past two decades. The problem, however, is far from solved. Patients can and should be proactive by having their cholesterol levels checked — and by following up with their doctors to start or continue whatever treatments may be needed, whether changes to diet and lifestyle or the use of a statin or other medication regimen.

Statins will work only if we take them — intelligently.

(Dr. Eliot Brinton is the Director of Atherometabolic Research at the Utah Foundation for Biomedical Research and was recently a co-author of the largest U.S. survey of statin users, the Statin USAGE survey, which was sponsored by Kowa Pharmaceuticals America Inc.)