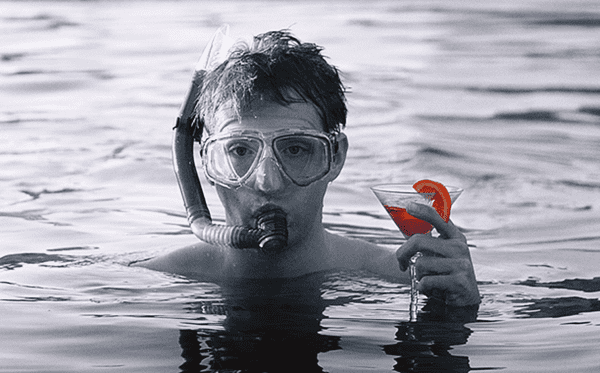 Fran Kranz in “Much Ado About Nothing”

PICKS OF THE WEEK
“Much Ado About Nothing” (PG-13) — Shot on a shoestring budget in less than two weeks, the best romantic comedy of the summer almost looks like a home video project. It sort of is: Joss Whedon (yes, the director of “The Avengers”) directed this Shakespearean adaptation around his California home. The modern setting, costumes and black-and-white filter give the story a film-noir feel — which goes perfectly with the pithy back-and-forth of Shakespeare’s original text.

The plot follows an evil scheme to discredit a fair young lady and stir up chaos between families. However, two attractive singles who outwardly hate each other — all while being oblivious to the sexual tension between them — hijack the plot. You don’t have to pretend to like this just to make your English teacher happy; it’s actually enjoyable.

“The Purge” (R) — In a dystopian future, far far away, society has gotten so screwed up that we give a free pass to all crimes for one night every year. This night is called the Purge, and only rich folks have the means to protect themselves from the chaos. Or so they think. Ethan Hawke’s family is targeted by a particularly persistent bunch of masked bandits who want to lynch a man they let into their fortified home. The movie takes that odd little premise and tries to load a lot of social commentary on top. It’s just not sturdy enough to hold.

“Monty Python’s the Meaning of Life” (R) — Now making its Blu-ray release, it’s the bluest of the Monty Python movies. Across several bizarre vignettes, the film ponders the meaning of life through an absurdist lens. Most of the bits can’t be discussed in much detail here, just know that this movie is the most offbeat and ridiculous film in a franchise of weirdos. It also has the catchiest songs.

DOG OF THE WEEK
“After Earth” (PG-13) — In this father-son snorefest, Will Smith plays the coolest Space Ranger in space as Cypher Raige (cool name, bro!), while his 14-year-old son Jaden plays the less-talented Space Ranger, Ktai Raige. It’s been 1,000 years since humans migrated off the earth for the welcoming embrace of space. Smith and son’s spaceship crash lands on the now-hostile planet earth, leaving audiences with daunting task of watching Will Smith remotely guide his son through a tedious jungle adventure.
The movie is produced, written and funded by Will Smith, his family and friends. So nobody was around to tell them how lame this was. The only outside talent they got was the director: M. Night Shyamalan. Yeesh.