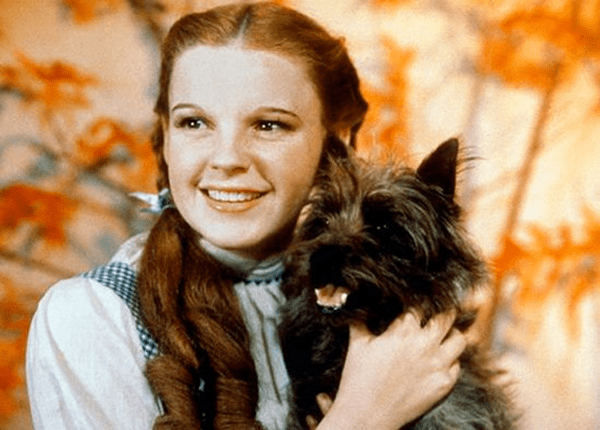 HOLLYWOOD — Warners recently unveiled its $25 million 3D/IMAX version of “The Wizard of Oz” (the original only cost $2,777,000) at the same time as The Pantages Theatre was presenting Andrew Lloyd Webber’s live version of the classic 1939 film. The 3D/IMAX version took 1,000 people more than 16 months to perfect.

Seeing the film on a 94-foot-wide screen was like seeing it for the first time. In most films shot in 3D, they literally throw things at you for shock value. In this production, the characters pop out away from the backgrounds, giving you the feeling you are there with them. In IMAX, I was able to see things I’d never seen before in the 200 times I’ve watched “The Wizard of Oz.” When Dorothy (Judy Garland) and her friends enter the haunted forest, before they’re attacked by Flying Monkeys, the Lion holds a large mallet, the Tinman has his axe and The Scarecrow is holding a gun! I found that very shocking, for the time!

On Oct. 1, to commemorate “Oz’s” 75th anniversary, Warners released a limited-edition five-disc DVD set that includes a new making-of documentary disc and a 52-page hardcover photo book. This film, made in 1939, is the oldest film ever converted to 3D/IMAX, which made a classic film even better. …

The Pantages Theatre production of “The Wizard of Oz,” which played Toronto earlier this year, is in two acts, each 90 minutes long. In addition to all the songs from the film, nine new songs by Andrew Lloyd Webber and Tim Rice have been added, including songs about “The Twister,” “The Haunted Forest,” “The Red Shoe Blues” and Dorothy singing “Nobody Understands Me.” Reviewers praised the production as a beautiful updating of the classic film, and Tim Rice’s lyrics as some of the best he’s ever written.
* * *
Shirley MacLaine, Billy Joel, Carlos Santana and opera singer Martina Arroyo have been named to receive The Kennedy Center Honors on Dec. 8, which will be broadcast Dec. 29 on CBS. It promises to be star-studded and very entertaining, a not-to-be-missed event.
Carol Burnett will receive The Kennedy Center’s Mark Twain Prize on Oct. 20, airing Wednesday, Oct. 30, on PBS. To re-use the famous line from her “Gone With the Wind” take-off, after Rhett complimented Scarlet on what she was wearing, she said, “I saw it in the window and couldn’t resist it.” Well, we saw her in the TV and couldn’t resist her! When Carol heard the news, she quipped, “I can’t believe I’m getting a humor prize from The Kennedy Center. It’s almost impossible to be funnier than the people in Washington!”