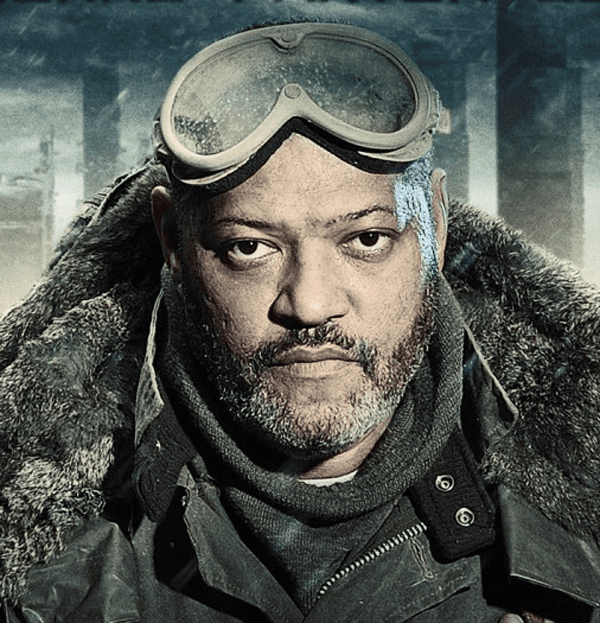 Laurence Fishburne in “The Colony”

PICKS OF THE WEEK
“The Heat” (R) — A wise-mouth FBI agent (Sandra Bullock) and a bull-in-china-shop Boston police officer (Melissa McCarthy) are stuck together to take down some crime. They annoy and offend everyone within hearing range, but they get the job done. The familiar landscape of R-rated buddy cop movies gets a slight update from director Paul Feig (“Bridesmaids”), who sticks to genre conventions on everything except gender.

The jokes hit hard on the loud-and-inappropriate button. While the script hands them stale material, McCarthy and Bullock almost make up for it with comedy chemistry. McCarthy has established herself as a boisterous screen presence, and Bullock has a way of contributing without trying to match her partner’s explosiveness.

“Pacific Rim” (PG-13) — Giant monsters from a rift in the ocean are terrorizing the human world. The only (certainly the coolest) way to stop them is to deploy a fleet of giant fighting robots — equipped with missiles, mega-swords and giant blenders for hands. Of course, the robots need human pilots who have to mind-meld in order to steer them properly.

If you can sit through “Transformers,” then you can at least give this one a shot. Guillermo Del Toro directed the film, and he’s a director who can handle giant robot monster battles with care. While the director supplies an extra sense of wonder to the visuals, don’t look for big meaning in the script. The only deep part of this movie is the ocean that spawns the giant monsters, and that’s OK.

“The Colony” (NR) — In an icy post-apocalyptic future where Earth is in a new ice age, the few surviving humans live in underground colonies scattered across the wasteland. Briggs (Laurence Fishburne) leads Colony 7, and tries to keep some compassion in his rule. Mason (Bill Paxton) is a survival-of-the-fittest type of guy. A distress signal from another colony blows open the conflict between the two. Turns out that the neighboring colony is full of cannibals waiting to chase and eat the characters the audience doesn’t care about. Too bad the rest of the movie plays out like a dispassionate zombie movie.

“Dirty Wars” (NR) — News reporter Jeremy Scahill digs into the shadowy world of U.S. special-forces operations, exposing things that will stick in your mind for a while. In Afghanistan, Scahill speaks to survivors of raid that killed several civilians, including pregnant women. The description of the attackers and what Scahill finds by digging could change how you view America’s place in the world. The documentary also travels through Somalia and Yemen, exploring the use of drone strikes and the secretive “kill list.”