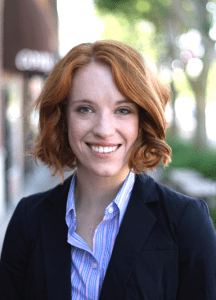 By Audrey Spalding
MIDLAND — The Michigan Department of Education’s “Top-to-Bottom” method of ranking public schools is flawed because it correlates too closely with poverty rates and does not give schools that serve low-income students enough credit for learning gains made by those students, according to a new study released today by the Mackinac Center for Public Policy.

“States have to have some way of ranking schools not only to meet federal guidelines but also because tax dollars are being used and people deserve to know how effectively their money is being spent,” said Audrey Spalding, author of the study and director of education policy at the Mackinac Center. “But the method Michigan uses penalizes schools simply for enrolling more students from disadvantaged backgrounds.”

Spalding found that 55 percent of a school’s ranking on the 2012-13 TTB list can be explained by the number of students who qualify for a free school lunch. The correlation is significant because TTB rankings can be used to impose consequences on low-ranking schools.

“Principals can and have been fired under state rules based on TTB rankings, regardless of the performance ratings they’ve received from their district,” Spalding said. “Other consequences include replacing a majority of a school’s staff or closing the school altogether.”

Michigan’s TTB system stands in stark comparison to the Mackinac Center’s recently released report card for elementary and middle schools, which takes into account the socioeconomic status of students when judging schools’ academic performance. The report card found that the highest-achieving elementary or middle school in the state is Thirkell Elementary School in Detroit, a school that has been recognized by Excellent Schools Detroit and U.S. Secretary of Education Arne Duncan. The TTB ranking, however, considers Thirkell to be in the bottom 1 percent of schools in Michigan.

The study compares Michigan’s system to seven other states — Arizona, Florida, Indiana, Maine, Ohio, Oklahoma and Wisconsin — both in how they rank schools and the consequences they impose on low-performers.

“Other states have much lower correlations between poverty levels and school rankings,” Spalding said. “And they have consequences for low-scoring schools that provide students and parents with more choice instead of simply using automatic, state-imposed penalties.”

Aside from the need for the Michigan Department of Education to revamp the methodology used on its TTB rankings, the study makes four recommendations the state should consider for imposing sanctions on low-performing schools, including allowing districts to educate students beyond their borders; providing financial incentives for charter public schools to open near low-ranked schools; removing all geographic borders to “Schools-of-Choice” and online learning programs; and requiring districts to enroll nonresident students seeking escape from low-ranked schools.

“When it comes to measuring a school’s performance, the state should really be looking at the learning gains made by the bottom 30 percent of students in a school instead of focusing on an ‘achievement gap’ between them and the top 30 percent of students,” Spalding said. “It’s well-recognized that poverty has a major impact on test scores, and schools that serve low-income students should be judged on those students’ progress.”

(The Mackinac Center for Public Policy is a research and educational institute based in Midland.)