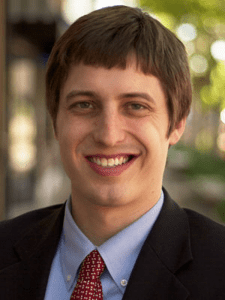 While total financial assistance has skyrocketed, so has the cost of college. Despite intentions, the way Michigan funds higher education is incentivizing students to choose jobs that don’t require burdening themselves with debt. Further, it has not significantly increased the number of disadvantaged students graduating from colleges in-state.

By JARRETT SKORUP
It seems counterintuitive to some people, but government subsidies can harm the very people they are meant to help. So it is with the way Michigan funds higher education.

Consider that 12 percent of college graduates in 1970 came from the families in the bottom 25 percent of income earners, but today that percentage is 7 percent according to Richard Vedder, director of the Center for College Affordability and Productivity at Ohio University and an adjunct scholar with the Mackinac Center for Public Policy.

Meanwhile, the six-year graduation rate is about 55 percent. That is, nearly half of students do not get a four-year degree within six years.

Total federal financial assistance, mostly aimed to help the poorest students, has skyrocketed. This funding has increased 10-fold, adjusted for inflation, from about $20 billion in 1970 to about $200 billion in 2013, according to Vedder. Adjusting for enrollment still yields a substantial increase.

Not coincidentally, the cost of college also increased exponentially.

In Michigan, it is true that direct state appropriations to public colleges and universities are down, but that ignores all of the other ways government subsidizes public universities — like the federal money listed above, subsidized loans, money for buildings and land, etc.

And this has not helped students. The Center for Michigan, through its publication Bridge magazine, has published the graduation rates of most colleges in the state. There is not enough information to see a trend, but most people would be surprised at how low the numbers are. Perhaps the most extreme example: Wayne State University, the state’s third-largest school of higher education, had a graduation rate of only 7.5 percent for African-American students in 2011, the most recent year that data was available.

Increasing education subsidies has distorted the incentives for universities and students. Schools are incentivized to raise prices while students make decisions they would not normally have made; for example, picking a different major, starting college earlier or staying in school longer. Some students might have chosen a different job that provides a comfortable living without a college degree — and without all the debt.

Those calling for a limit or an end to government funding of education (particularly the direct appropriations like in Michigan) often are accused of being cold-hearted. But it is no good for anyone if the government encourages degrees that are never finished or have no marketable value. This money could be put to better use left in the pockets of individuals to make the best choice for themselves.

(Jarrett Skorup is a research associate for Michigan Capitol Confidential, the online news service of the Mackinac Center for Public Policy, a research and educational institute based in Midland.)