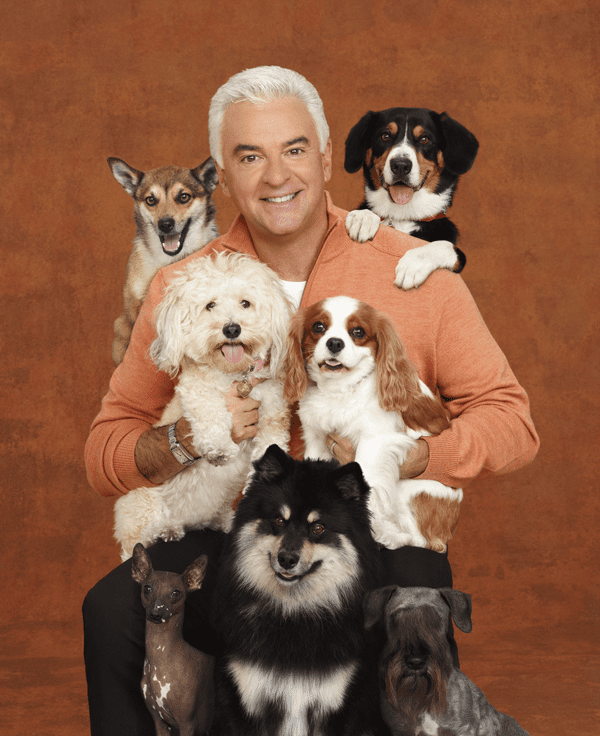 By Cindy Elavsky
Q: Can you tell me what one of my favorite stars, John O’Hurley, has been up to? I’d love to see him in something soon. — Beatrice W., Omaha, Neb.

A: For starters, the talented actor/host/dancer/singer/author will be hosting the National Dog Show Presented by Purina on Thanksgiving Day, which airs at 12 p.m. ET/PT, for the 12th year in a row. Aside from all the cute doggy fun for the whole family that we’re used to with the dog show, this year sees the introduction of the Chinook, rat terrier and Portuguese podengo pequeno into the competition.

John also has a children’s book coming out Oct. 31 called “The Perfect Dog.” According to John: “It’s a Doctor Seuss-style poem that I wrote about (my son) Will’s question to me, which was, ’Is there a dog that is perfect?’ And so I go through all of the attributes of what I think the perfect dog would be, and I’m back and forth and back and forth. It ends with: ’The dog that is perfect is the one next to you.’”

You can catch John on the big screen this December, when he co-stars in the indie drama “A Remarkable Life.”
* * *
Q: One of my favorite shows is “Cold Justice.” Will it be back for another season? — Chris M., via email

A: TNT has ordered a second season of its hit real-life drama “Cold Justice,” where former prosecutor Kelly Siegler and former crime-scene investigator Yolanda McClary solve cold cases, their season-one efforts having brought many criminals to justice already. The first season, which wrapped up Oct. 22, so far has helped to bring about a guilty plea (from the Sept. 3 episode), three indictments (Sept. 10 episode) and a grand jury trial to bring about more indictments (Sept. 17 episode). Season two will have 10 more episodes and is scheduled to air in early 2014. As soon as I have an exact airdate and time, I’ll be sure to let you all know.
* * *
Q: When will we see more “Bates Motel”? I love that show. — Linda, Kenosha, Wis.

A: I can’t wait for the 10-episode second season to start, which will be in January on A&E. Joining Freddie Highmore (Norman Bates) and Vera Farmiga (Norma Bates) this season are Michael Vartan as a love interest for Norma (watch your back, Michael!), Kathleen Robertson and Michael O’Neill as Miss Watson’s father.
* * *
Q: Seeing Tina Fey and Amy Poehler present at the Emmy’s this year made me wonder if they’d be back to host the Golden Globes? I loved them as co-hosts! — Gina F., via email