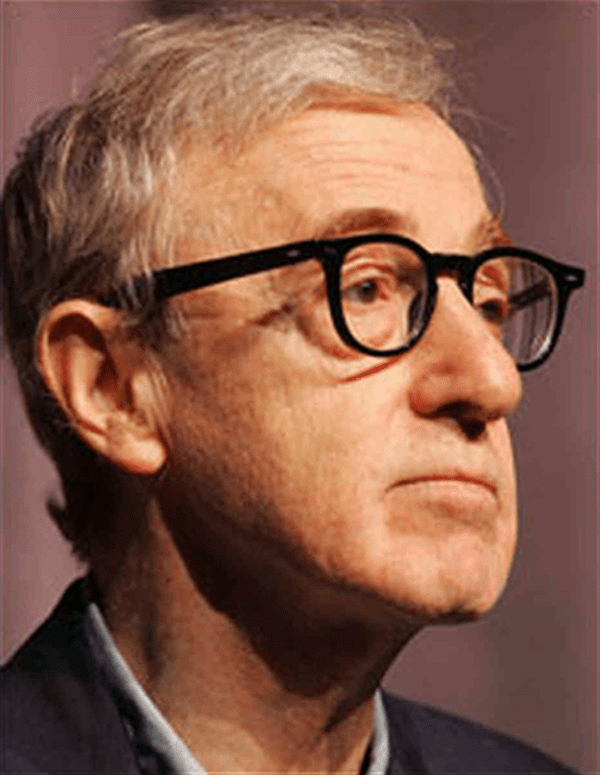 HOLLYWOOD — While Mia Farrow was busy trying to deny Woody Allen’s paternity of their son, Ronan, Woody went right on working as usual. We realize Mia’s still hurt because he dropped her and married her adopted daughter, but wouldn’t a DNA test have been a better way to prove her claim? Because Woody is a very private person, he had no comment on her announcement. Woody never even showed up to accept the four Oscars he’s won: as screenwriter for “Annie Hall” (1978), “Hannah and Her Sisters” (1987) and “Midnight in Paris” (2011), as well as one for directing “Annie Hall.”

He’s acted in 54 films, written 48 films and directed 45 films. His most recent film, “Blue Jasmine,” with Alec Baldwin, Cate Blanchett, Bobby Cannavale, Louis C.K. and Andrew Dice Clay, has grossed close to $60 million. That film was his return to shooting in the United States, in New York and San Francisco, but he’s back to cost-cutting, shooting an untitled film in France, with Emma Stone, Colin Firth and Marcia Gay Harden.

We’ll soon see his return as just an actor in John Turturro’s film “Gigolo,” which Turturro wrote, directed and stars in with Allen. Woody plays a bookstore owner who becomes a pimp for Turturro. “Modern Family’s” Sofia Vergara and Sharon Stone play two of their clients — talk about fantasy!
* * *
And speaking of Woody, Marshall Brickman won an Oscar for writing “Annie Hall” with him, and was one of the writers of the smash stage musical “Jersey Boys.” He’s part of the team bringing a new musical to Broadway about “The King of the Cowboys,” Roy Rogers, and his wife, Dale Evans. Baby boomers should remember their TV show and his hit theme song, “Happy Trails to You”!

Also becoming a musical, headed for Las Vegas, is “The Love Boat.” It will be based on the original Jeraldine Saunders novel and use songs popular during the series run, 1977-86. Saunders, the inspiration for Julie McCoy, the cruise director, is part of the producing team and promises she will restore some of the more risque details of the novel that were too hot for television. They’d be better off opening the show in another Nevada city, Laughlin. At least it has a harbor with riverboats and water!
* * *
Imagine … one day news and magazine shows are announcing that “Keeping up With the Kardashians” might be canceled because of low ratings, and the next day, Chris Jenner (whose first husband was Robert Kardashian) conveniently announces that, despite all their denials, she and Bruce Jenner have been living apart for almost a year! It will supposedly play out on their show. It’s always good to have a plan B to grab ratings!