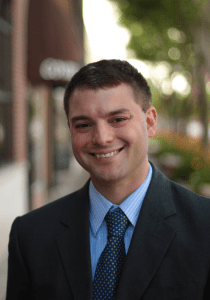 The argument that opponents of right-to-work make that unions are like a democracy is flawed. It disregards the limitations of majority rule that the United States has protections against, and it correlates unions with government. Instead they are institutions protected and limited by our government. Ultimately, liberty is a stronger principle than pure democracy.

By F. VINCENT VERNUCCIO
(Editor’s Note: This article was originally published July 16 online at Michigan Capitol Confidential.)
‘We are a democracy, we operate by majority rule. Therefore we can force you to give us your money.” Such is the message from unions justifying forced dues and opposing laws that protect worker freedom.

It is liberty, not democracy that is the highest form of society.
Make no mistake, democracies, direct or representational, are better than any other form of government. However, they are only as good as the extent to which they protect the liberty that individuals enjoy. These liberties exist in spite, rather than because, of government
institutions.

Many opponents of right-to-work laws justify their ability to force workers to financially support unions because those workers are within a group whose members at one time voted to force everyone in the group to pay.

This is different than voluntarily joining an organization that requires all members to pay dues for the use of their facilities, such as a golf club or a gym. Joining or being associated with a union is not voluntary or a matter of choice. In most cases it is a condition of employment.

The union defense of “we can do anything we want because we have majority rule and we are a democracy like the government” fails on many fronts.

The most glaring, inaccurate comparison is that the United States is a direct democracy. With the exception of some very small towns and state and local ballot measures, our government is a republic.
Furthermore, we are not just a republic that elects representatives to make our laws, but rather we are a constitutional republic in which certain rights of the individual are protected against laws made by the “majority.”

Pure majority rule in our country has its necessary limits.

The Founding Fathers correctly worried about tyranny of the majority
and created several protections against it. James Madison warned against taking liberty out of a democracy. In the Federalist Papers No. 10 he wrote, “Liberty is to faction what air is to fire, an aliment without which it instantly expires.”

That is where defenders of forced unionism fail. When liberty is taken out of democracy and the majority is given the ability to steal from the minority, that no longer is a good and noble form of government or representation. Thankfully that is not, for the most part, the case in America.

Even if the majority of a small community in the United States with a town hall style democracy or a state with voter initiatives and referendum voted for a law that banned people from going to church, it would not stand because of the First Amendment to the Bill of Rights in the United States Constitution.

It would not matter if a majority of the voters supported the law, majority rule would not be allowed to infringe on the rights and liberties of the minority protected by our Constitution.

Finally, unions are not government. The First Amendment’s freedom
of association itself protects workers’ rights to ban together and join unions.

The special privileges granted unions include acting as the exclusive representative for workers, compelling an employer
to negotiate with them, and other collective bargaining abilities that come from the laws government made such as the National Labor Relations Act, National Railway Act, and various state labor laws among others.

Unions, on the other hand, do not provide for government.

While unions in non-right-to-work states can get a worker fired for not paying them (again a privilege granted to them by government) they do not have the ability to create their own jail and incarcerate that worker.

The reason for these limitations is simple — unions are not government.

As unions try to use the majority rule argument to justify their ability to compel others to pay them, they must be reminded that there are rights more fundamental than giving the many carte blanche authority over the few.

When there is a conflict between liberty and democracy, we must always err on the side of liberty.

(F. Vincent Vernuccio is director of labor policy at the Mackinac Center for Public Policy, a research and educational institute headquartered in Midland.)