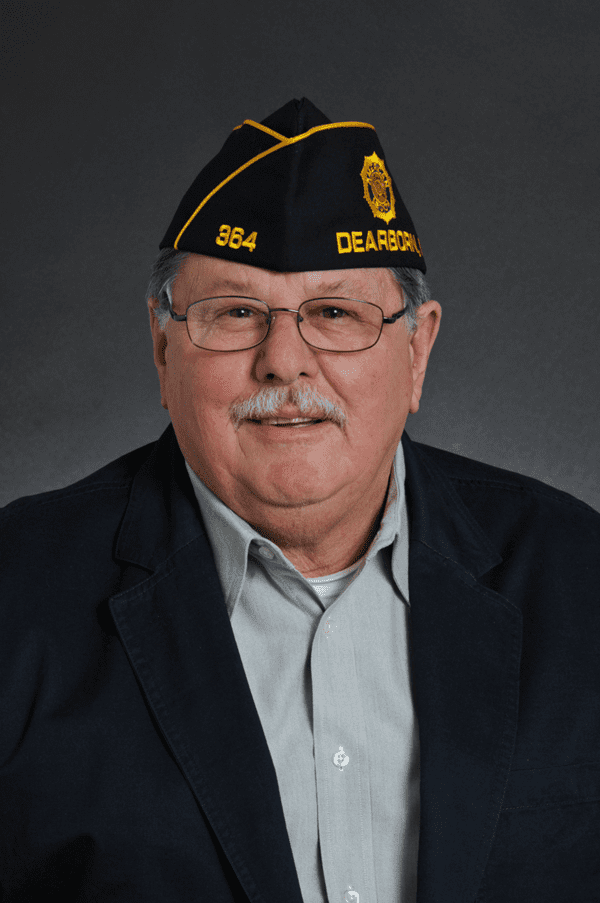 Wantuck will be honored during the City’s Veterans Day ceremony, at 11 a.m. on Nov. 11, in the City Council Chambers at Dearborn City Hall, 13615 Michigan Ave. The public is invited.

Wantuck served in Vietnam and help found Vietnam Veterans of America, James Huard, Chapter 267 in Dearborn and now is the hall and bar manager for the American Legion Fort Dearborn Post 364. He is active with multiple veterans’ organizations.

He said he appreciates the honor and thanks the DAWVC Veteran of the Year Selection Committee, which comprises past veterans of the year.

“It means a lot. I am proud to be one of them. They make me shine and though I don’t deserve it any more than others, I’m happy to be recognized by my peers,” he said.

“That’s my brother, not by blood but as a fellow veteran,” Pelaccio said. “Ray doesn’t like recognition but he’s been helping others as long as I’ve known him. Anything he’s asked to do, he does. Ray doesn’t say no.”

“People don’t know this but I do. Ray had a hard time in Vietnam. How hard, I don’t know. He’s a humble man, a big teddy bear and very proud of being a veteran. I put him on a pedestal.

“Ray just asks, ‘Where do you need me?’ He called cadence in the Memorial Day Parade, burned flags at the Flag Day Ceremony, and will take money out of his own pocket to get the job done.”

Volunteering for veterans
One of Wantuck’s accomplishments is helping to start VVA Chapter 267.

“I didn’t want anyone left in no-man’s land,” he said. “I made sure there was a comfortable place for veterans to gather. They’re a different breed.

“You want to be around people who share your experience, someone who can relate to your life now and in the past.

“We have a lot of veterans that don’t have a family, don’t have anywhere to go. I want them to have a warm meal, especially when so many other places are closed for the holidays. Now on Thanksgiving, Christmas Eve and Christmas Day, vets aren’t sitting at home thinking about the past, they come and join us at Post 364.

“We open our hearts and doors to anyone and encourage younger veterans, our future, to join us.”

Wantuck has held leadership positions as the senior vice commander for the American Legion Post 364, board member of the VVA 267, and quartermaster for VFW 2107. He has been a life member of VFW 2107 since 1975. He is also active in Am Vets 4.

Wantuck contributes to the success of “Hog Heaven,” the largest annual fundraiser for the American Legion Riders of Fort Dearborn Post 364. In 2011, he was chair of the Veterans Family Day Picnic committee. He volunteers at the John D. Dingell VA Medical Center and assists with Wounded Warriors programs and the Son of the Flag Burn Foundation.

Wantuck’s volunteer efforts extend into the community through his work with the Dearborn Goodfellows.

His most recent venture is a $1,000 start-up fund provided by the VFW 2107 to the Dearborn Animal Shelter so that veterans who want to adopt a family pet, under the shelter’s guidelines, can do so at no cost.

Phil Smith, former commander for the DAWVC, said, “Ray was chosen not only for what he has done in the past but also for what he will do in the future.”

Wantuck credits his mother for his drive to serve.

“She was a strong example of service, always donating time and money to St. Clement Church in Dearborn, the Kidney Foundation and the Joan of Arc Circle of the Knights of Columbus,” he said.

Military Service
Wantuck’s father died at an early age and for three years Wantuck was granted a hardship deferment. That changed on Sept. 3, 1968, when he was drafted and sent to Ft. Polk, La., for infantry training.

In February 1969, he was sent to Vietnam. He served as a radio personnel operator in a rifle company, working six days a week on search and destroy missions in the Mekong Delta.

He stayed with the 3rd Battalion of the 39th Infantry, 9th Division of the U.S. Army until August 1969, when he was one of the first 25,000 military personnel members to leave Vietnam.

Wantuck then served as a supply sergeant in Hawaii with the 25th Infantry Division, and returned home in June 1970.

“It’s a story you’ve heard before,” he said. “Vietnam veterans shunned when they returned home. I came back whole. I guess I ran too fast. But there are certain days of the month, certain holidays that bring back old memories for all of us. A friend lost. We second guess ourselves and are selective about who we tell.”

Life path
Wantuck is a lifelong Dearborn resident. He was a city of Dearborn employee for 34 years, working nine years with the Department of Public Works and 25 years as a firefighter. He retired from the Fire Department in 2001.

“The Fire Department was like being in the service in many ways,” he said. “We relied on each other. A guy in the front and one behind, camaraderie, making sure others didn’t get hurt. You harden yourself to what you see and smell. You need to stay in control and keep others calm.”

Wantuck was instrumental in starting the tradition of raising money for the Dearborn Firefighters Burn Drive through Homecoming corn on the cob sales.

Ceremony
Along with DAWVC Commander Nancy Dlugokenski and Mayor John O’Reilly Jr., Wantuck will speak at the Veterans Day ceremony.

“I’ll be accepting this award for all veterans who don’t seek the limelight, but are there when you need them,” he said. “It’s a day to remember the past and the hope for the future. None of us would be here without their sacrifice and that of their families.”
.
Wantuck thanked his son, Jeffrey Wantuck; daughter, Cindy Wantuck; and his sister, Kathleen Wantuck for their continued support.

In honoring a veteran of the year, the DAWVC raises awareness of the tireless volunteer efforts of local veterans and thanks them in a meaningful way through community recognition.