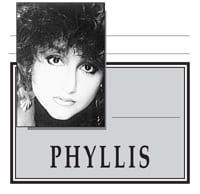 Yi Zhou might not have been sitting on a rainbow Nov. 8; however, standing on the Ford Community & Performing Arts Center stage playing alongside the Dearborn Symphony, he had music lovers wrapped around his finger.

What a symphony. What a show. It was love!

With that kind of adoration, the symphony, the show and love celebrated the heart of the Hungarian immigrant, as once more the creative flow of Conductor Kypros Markou’s stylized direction unraveled a most unyieldingly spirited theme featuring Hungarian music masters.

The eastern European melodies, beginning with Hector Berlioz’s “Hungarian March,” were well received as the Dearborn Symphony delivered the thoughtful overture and set the tone for what turned out to be another perfectly entertaining evening.

The overture, followed by Béla Bartók’s “Viola Concerto” featured the 28-year-old Chinese-born guest violist. Yi expressed love for the Bartók piece as the folk-like undercurrent of the score resonated with the music of Bartók’s native country.

A technical master, Yi said when he plays he sometimes visualizes old world images and in part snapshots of beautiful landscape pictures. Yi said that because Bartók died before completing this concerto, it opened the imagination to thinking that something so beautiful could not be left undone. Following Bartók’s death Tibor Serly, a former friend and student finished the work based on Bartók’s notes and sketches.

Together Yi and symphony produced a powerful expression of this substantial work.

In closing thoughts, Yi reflected on his recently named position as principal viola of the Los Angeles Opera as one of the most exciting moments of his career.

Bartók wrote of the the symphony’s next featured master, his friend Zoltán Kodály: “If I were to name a composer whose works are the most perfect embodiment of the Hungarian spirit, I would answer Kodály. His work proves his faith in the Hungarian spirit. The obvious explanation is that all Kodály’s composing activity is rooted only in Hungarian soil, but the deep inner reason is his unshakable faith and trust in the constructive power and future of his people.”

Kodály’s “Dances of Galánta opened the second part of the evening with vibrant resolve serving both the music and spirit of the time.

Franz Liszt’s “Hungarian Rhapsody No. 2,” closed the night’s scheduled entertainment. “Rhapsody” followed a pattern of Hungarian dance that began slowly, holding on to a kind of melancholy followed by passages expressing the exuberance of high-flying gypsy fiddlers.

A standing ovation called Markou back to the podium for an encore that featured Brahms’ “Hungarian Dance.”

Both works closed the show with playful tones articulated by the symphony, with deliberate and masterful execution.

The Dearborn Symphony continues the experience of live music with “The French Connection” Feb 7 with guest violinist Yehonatan Berick. the evening, featuring the works of Debussy, Ravel and Saint-Saëns promises to deliver more of the live music experience.