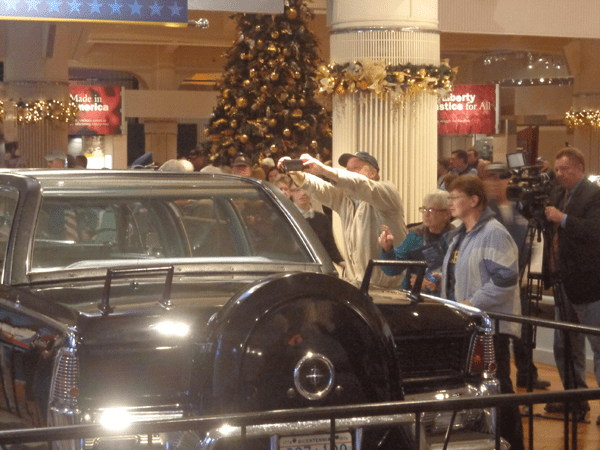 Photo by Bob Oliver
Visitors take photos of the 1961 Lincoln Continental convertible limousine that U.S. President John F. Kennedy was riding in when he was killed in Dallas on Nov. 22, 1963. The Henry Ford Museum, where the limousine is on display, commemorated the 50th anniversary of the event by offering free admission into the museum.