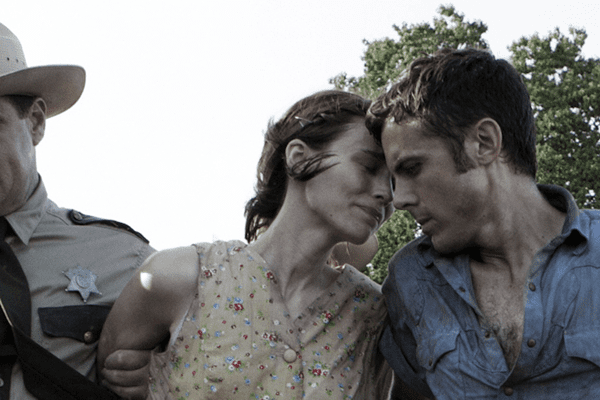 PICKS OF THE WEEK
“Percy Jackson: Sea of Monsters” (PG-13) — Percy Jackson is the heroic son of Poseidon, the Greek sea god — and his human parent must be related to Harry Potter. In this sequel, Percy attends a magic training camp, where he drills alongside other magic teenagers. (If that sounds too much like Potter, then just replace “magic” with “mythical,” and you’ll get the Percy Jackson flavor.) They need the same Magic Macguffin that the bad guys are after. Eventually, Percy and his pals must brave a large body of water teeming with terrifying creatures.

Much like its predecessor, the movie serves as a flashy adventure that will thrill the kids without leaving much to remember. It has plenty of smash-boom action — Percy carries a sword instead of a magic wand, after all.

“Ain’t Them Bodies Saints” (R) — In a dreamy rural corner of 1970s Texas, two intense and endearing hick kids, Bob and Ruth (Casey Affleck and Rooney Mara), are pinned in a shootout with the law. Ruth shoots a sheriff (Ben Foster, and no word on the deputy), but Bob takes the heat and the 25-year sentence. After some time, Bob busts out of a chain gang, just as the young sheriff starts to take a keen interest in Ruth and the young daughter she’s been raising on her own.

Dramatic and focused, the film is at its best when the lonesome wide-open country setting underlines the doomed love story. Mara’s performance is especially drawing — she plays her cards close while living in the most complicated position of all.

“Elysium” (R) — In the future, earth has become a grimy, overpopulated mess. Hovering over the giant slum is Elysium, an ideal space world inhabited by rich people — a place full of luxury and super-advanced health care.

Max DaCosta (Matt Damon) is a wisemouth ex-con working in future L.A. When he gets a deadly dose of radiation, Max becomes part of a plan to break through Elysium’s security and grab some of that healing technology. The big idea: criminal technicians outfit Max with a cutting-edge exoskeleton system.

DOG OF THE WEEK
“The Lone Ranger” (PG-13) — In this reboot nobody asked for, Tonto (Johnny Depp) is the show-stealing mentor to the Lone Ranger’s (Armie Hammer) whiny, bland, reluctant hero. Overly brutal outlaw Butch Cavendish (Michael Fichtner) kicks up trouble, and a pacifist lawyer from the East, John Reid, has to put on a mask and sacrifice his beliefs in the name of justice and revenge. One of the sacred rules of cinema has been broken: When you make boring, loud, genre-remake schlock, make it short. Finishing up at 149 minutes, “The Lone Ranger” has little to say and too much time to say it.