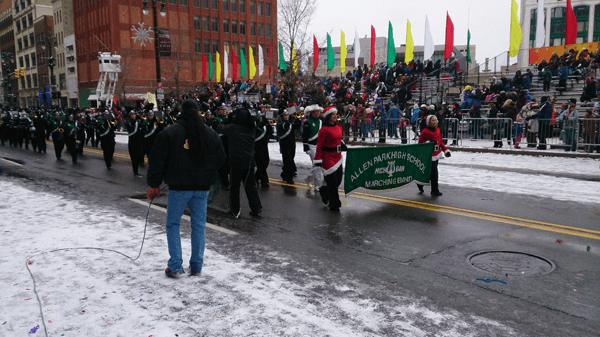 Photo by Gabriel Goodwin
The Allen Park High School Marching Band plays “Get Ready” by the Temptations during the 87th America’s Thanksgiving Day Parade Thursday in Detroit. It was the 10th time the band has been apart of the parade’s Battle of the Bands competition. They competed against 11 other bands and voting took place during Thanksgiving weekend. Dearborn Divine Child participated as well. The winner will be announced December 2 on “Local 4 News Today.”