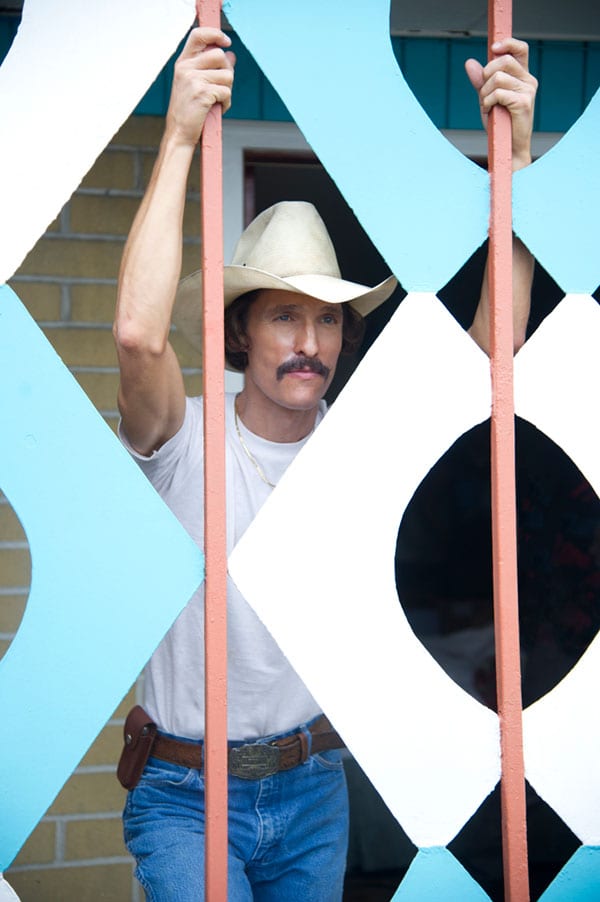 PICKS OF THE WEEK
“The Dallas Buyer’s Club” (R) — Matthew McConaughey delivers a career-altering performance as a hard-partying cowboy who became a hero to many people only after he was told he had 30 days to live. Ron Woodroof (McConaughey) was diagnosed with HIV in the early 1980s, when little was known about the virus and many promising treatments were not available in the U.S. Ron sets about smuggling medicine into Texas for the benefit of himself and the HIV-positive population.
As Ron’s character develops, there is a raw and believable change as he sympathizes with people he used to shun. The film also carries a strong contender for best supporting actor with Jared Leto as Rayon, a transsexual and fellow HIV patient who becomes Ron’s friend and business partner.

“About Time” (R) — Tim (Domhnall Gleeson) is a decent, fumbling, charming and awkward young Brit who learns on his 21st birthday that the men in his family can time travel — only into the past and only into moments from his own life. Tim’s power allows him to erase and re-do his most uncomfortable mistakes and missed opportunities. He spends the rest of his (screen) time keeping his girl and staving off life’s tragedies.

Written and directed by Richard Curtis (veteran of a thousand English romantic comedies, including “Love, Actually” and “Four Weddings and a Funeral”), the movie deviates just a little while still showing the Curtis stamp. It’s painfully cute, full to the brim with sentiments and a little clumsy while advancing the plot. It’s an easy watch, and sure to have a few laughs for even the most cynical viewers.

“Free Birds” (PG) — This is the big, animated, star-studded, 3D Thanksgiving movie about turkeys using a time machine to go to the first Thanksgiving and prevent turkey from ever being part of the tradition. Though it’s stuffed with sight gags and goofy sidekicks, it’s just never very funny. The way factory farms and turkey hunts are depicted can be pretty scary for the young ones. If you want your child to be a vegetarian, there must be a kinder way than making him or her sit through this.

DOG OF THE WEEK
“Baggage Claim” (PG-13) — There are romantic comedies that are cloying and gushy, or too serious and heavy. And all romantic comedies are pretty predictable — it just runs in the genre. However, some romantic comedies are so atrocious that they may actually intend to harm us with bizarre messages about love. In “Baggage Claim,” a flight attendant needs a man in 30 days (just because), so she arranges to be on a plane whenever one of her exes travels (she’s apparently involved with TSA and NSA on this one) in the vain hope of rekindling a romance.