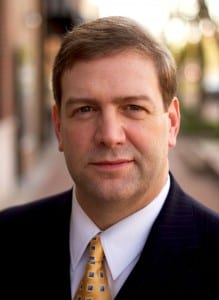 The possibility of imposing a higher minimum wage on Michigan employers poses harm to workers as well. The majority of scholarship indicates that workers will find it harder to locate jobs with a higher minimum wage, and that it is an ineffective and often harmful “economic stimulus.”

By MICHAEL D. LaFAIVE
With 2014 upon us, policymakers and voters alike will be gearing up for an election year. The former may be running for office and the latter will be preparing to hear a long list of policy proposals and counter proposals, including perhaps some formal ballot initiatives. One such initiative we could see on the November ballot would involve a statewide mandate for a higher minimum wage.

Ballot initiatives involve the forcing of a public vote, which can be taken on the ballot via signature petition-gathering or by a two-thirds vote of the legislature. Gubernatorial candidate Mark Schauer has already promised to hike the minimum wage to $9.25 if elected. He should not do so. Theory and evidence show that mandated wage floors hurt more people than they help.

For most goods and services, there is an inverse relationship between the price of said goods and the quantity demanded of them. If the government mandates a higher price for employing workers, fewer of them will be demanded. If simply commanding higher wages helped more than it hurt, why wouldn’t advocates just demand a mandate of $100 an hour?

The answer may be all too easy: supporters know they might price themselves out of a job. Indeed, in the state of Washington, the recent “SeaTac” ballot proposal for a minimum wage hike to $15 an hour conveniently exempted the very unions who supported the hike. The law of demand is a very simple but powerful concept. If you can disprove the concept you may find yourself winning the John Bates Clark Medal (best economist under 40) or Nobel Prize.

The majority of thoughtful empirical scholarship also supports the contention that fewer workers will be employed at higher mandated minimum wages. Consider the massive academic literature review published in 2007 on the subject by economists David Neumark and William Wascher. They reviewed studies published from 1990 onward and found that some 85 percent “of the most credible evidence” indicates the negative impact on job seekers from minimum wage mandates.

Jobs are not always the narrow centerpiece of discussion surrounding the minimum wage. Candidate Schauer was quoted in a major daily saying, “This is about simple economics. “When working families have more to spend on everyday necessities like gas, groceries and clothes for the kids, it creates demand for the economy. When demand increases, small businesses grow and hire more workers. It is also morally the right thing to do for our families.”

His analysis is reminiscent of single-entry bookkeeping: it reads only the credit side of the ledger. There is a debit side, too. The additional pay has to come from somewhere, and money must be subtracted from other peoples’ and companies’ purchasing power to stimulate the purchases referenced by candidate Schauer.

This economic stimulus argument, as noted by the Employment Policies Institute in a 2010 study, has become something of a go-to replacement for minimum wage champions ever since Neumark and Waschers’ conclusion that minimum wage mandates hurt employment opportunities.

In its 2010 study on minimum wage and the possible broader economic impact, EPI found that, between 1997 and 2007, both federal and state minimum wage laws “can have a negative effect on Gross Domestic Product.” They also found that these laws decreased employment among low-skilled (young) workers. The author, economist Joseph Sabia, found that “every 10 percent hike in the minimum wage is associated with a 2- to 4-percent decline in state GDP generated by these lower-skilled industries.”

Despite the fact that minimum wage laws make for bad economics, they can make for good politics – hence the fair number of public votes on the matter. Douglas French, editor of Laissez Faire Club and writing for the Foundation for Economic Education in November 2013, notes that higher minimum wage ballot initiatives may turnout voters sympathetic to minimum wage laws and bigger government.

According to French, the state of “Washington put an increase to raise the state’s minimum age on the ballot in 1998 and it increased turnout by 4 percent.” His article sources Zid Jilani at Boldprogressives.org who says that much of that increase was otherwise accounted for by people “with poor voting histories.”

It probably does not strain credulity to suggest that a minimum wage initiative here would be a good way for labor unions to gain back some political ground they lost during the right-to-work fight.

Theory and evidence very clearly point to minimum wage policies doing great economic harm, including minimizing employment opportunities. The voters of Michigan should reject such an initiative before it is even formally proposed.