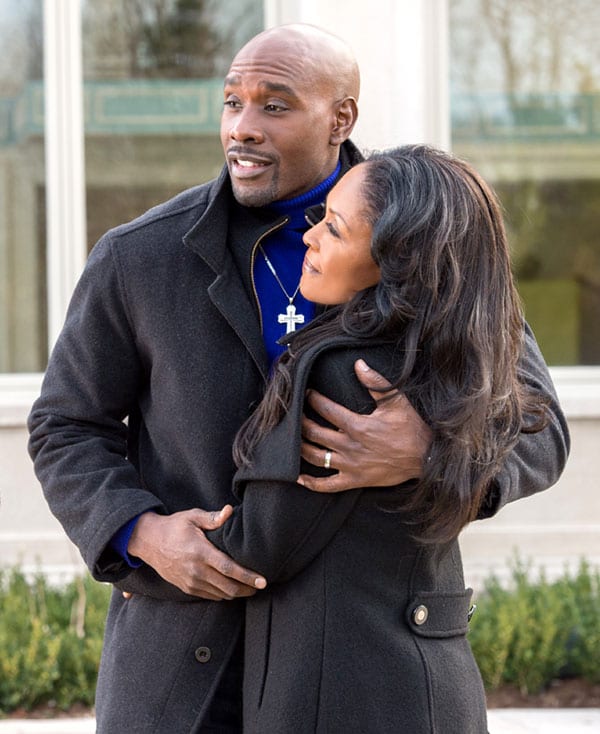 Morris Chestnut and Monica Calhoun in “The Best Man Holiday”

PICKS OF THE WEEK
“Ender’s Game” (PG-13) — Mankind’s only hope against extinction lies with one boy who must grow into the greatest military leader Earth has ever produced. Humans were almost wiped out by the ant-like Formics, so humanity has poured a lot of resources into finding the next brilliant commander who will save us. Ender Wiggins (Asa Butterfield) is enrolled in an elite academy located on a space station. Here, he has to prove he has the strategic mind and the leadership skills to finish off the Formic threat for good.

The movie is based off of the science-fiction series by Orson Scott Card. Before there was Harry Potter, Ender Wiggins was the boy-savior enrolled in a special school who captured young readers. In both movie and book, however, “Ender’s Game” is a darker story that takes a closer look at the hero’s morality.

“The Best Man Holiday” (R) — This sequel to the late ’90s comedy hit “The Best Man” reunites the original cast for a feel (mostly) good romantic-comedy/drama/holiday movie. In the prequel, struggling writer Harper (Taye Diggs) dropped quite a bomb by publishing some private stories about his friends around the time of Lance and Mia’s (Morris Chestnut and Monica Calhoun) wedding. Nine years later, the whole group of college friends come together to celebrate the holidays at Lance and Mia’s mansion.

The whole story goes down much easier thanks to the more comic Quentin (Terrence Howard) and Shelby (Melissa Desouza). The chemistry between the cast works quite well, even when the script gets sappy. Director Malcolm D. Lee perhaps overstuffs the story — trying in the end to wrap up with birth, death, sex, friendship, Jesus and football all at once.

“All Is Lost” (PG-13) — Robert Redford plays a man fighting for survival on the open ocean. He’s all alone, and a storm has rammed a shipping container into his sailboat. There is hardly any dialog — just a short voiceover speech in the beginning and the rest is pretty solitary. You don’t even learn the character’s name. With patience and a careful eye, a viewer may make it through the run time and feel a thing or two about man’s place in nature. Others will be washed away in a drowning wave of boredom that hits before the second act.

DOG OF THE WEEK
“The Counselor” (R) — Even if a movie has a script by a best-selling author, a renowned director in the chair and an A-list cast, it can still be awful. That is the clearest lesson one can learn from “The Counselor.” It’s a drug-world noir story in which Michael Fassbender plays a sweaty, handsome lawyer who gets caught up in an obviously bad situation. What’s truly noteworthy is the droning, wannabe-philosophical dialog that drips out of every character’s mouth.