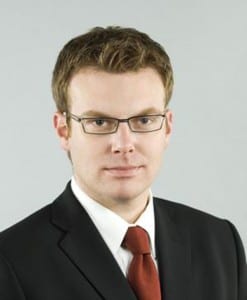 By DREW JOHNSON
It’s getting tough to take environmentalists seriously. More and more, the leaders of the environmental movement — the “Kings of Green” — are emerging as a pathetic mix of liars, frauds, hucksters and hypocrites who are more concerned with lining their pockets off environmental hysteria than actually protecting Mother Nature.

Few would care if their dirty deeds didn’t impact others, but unfortunately, they do.

Schemes and fibs by environmental extremists like Al Gore, Tom Steyer and leaders at Google are killing jobs, increasing the price of energy, devouring tax dollars and threatening America’s energy independence — all in an effort to make a quick buck.

It’s hard to imagine that Gore, the most famous environmentalist of all, has any credibility left after many of his predictions have proven false and he has been unwilling to reduce his own carbon footprint. In his movie “An Inconvenient Truth,” the former vice president erroneously warned that Artic polar ice caps would disappear by 2013. This year, Arctic ice coverage spanned more than 2,000 cubic miles — an increase of more than 50 percent from just a year ago.

Several years ago, I uncovered that Gore is more than happy to talk the talk when it comes to environmentalism, but appears unwilling to walk the walk. Public records proved that Gore devoured as much as 20 times more electricity at his Nashville estate than the average American household.

Despite his hypocrisy and poor record of environmental fortunetelling, Gore continues to push for a carbon tax, a sinister scheme that would cost tens of thousands of American jobs and squeeze the poorest Americans most as a result of price hikes to most every good and service imaginable.

Not that Gore is worried about the little people. He managed to cash in on the wave of global warming hysteria that he created, amassing a fortune of more than $200 million.

Steyer, a billionaire hedge fund manager who made much of his fortune by investing in fossil fuels, now spends his days attacking the Keystone XL pipeline in hopes of blocking its construction. While Steyer claims that his opposition to Keystone is environmentally related — he has funded a series of dubious ads claiming as much — the reality is that the environmental charlatan is heavily invested in a competing pipeline and stands to make a mint if his pipeline doesn’t face competition from Keystone XL.

There is one big difference between Keystone XL and the TransMountain oil sands pipeline in which Steyer is invested: Most of the petroleum produced as a result of Keystone would be utilized by the United States and Canada, while much of the oil sands carried by the Transmountain scheme would be shipped to China.

Allowing the completion of the Keystone XL pipeline would produce lower gas and energy prices for Americans, create tens of thousands of new jobs, generate millions in new tax dollars and reduce American petroleum imports from unstable and unfriendly nations by 40 percent — not that Steyer cares about any of that.

Another leading player in the environmental movement is Google. The search engine giant heavily lobbies government to encourage risky and irresponsible environmental ploys like cap and trade policies, and believes the federal government should take money from America’s taxpayers to fund unproven gambles on green energy. Google has even authored an initiative hoping to shutter coal-powered electricity production facilities and dictate what types of cars Americans can drive.

Google is proud of its perceived environmental-friendliness. After all, it translates into dollars from customers who share the company’s supposed concern for the environment. Beneath Google’s green facade, however, the company’s executives are hiding a dirty secret. Google maintains a fleet of fuel-devouring planes that company officials use to fly to far-flung vacation hotspots such as Hawaii, Belize, Tahiti, Key West, Milan and Paris. Since the beginning of 2010, the planes owned by Google’s executives have burned through an average of 100,000 gallons of jet fuel every month.

To make matters worse, the planes have been housed at a taxpayer-funded NASA hangar and filled up with government-purchased jet fuel, saving the company millions of dollars in the process.

Gore, Steyer and Google have all figured out how to exploit environmentalism for power and money, and they’re not alone. Plenty of companies and individuals have figured out ways who manipulate the public’s legitimate concern for the environment to make a quick buck, improve public perception, increase market share and lure lawmakers into passing legislation that benefits them.

The next time you find out that a business or individual professes to do something for environmental reasons, take a closer look; there’s a good chance that what’s best for the environment is the last thing on their mind.