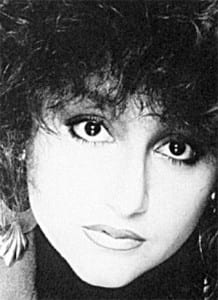 By Phyllis
The French seem to be able to get away with coloring both inside and outside of the lines, maintaining an edgy forward momentum that echoes from deep within their history. While innovative, France also remains known for long held tradition measured by standards in food, culture, wine, restaurants, literature, history, art and of course music.

With that in mind, the Dearborn Symphony Orchestra, under the chic direction of Kypos Marku, honored French composers Feb. 7 at the Ford Community & Performing Arts Center. Markou’s musical insight created a stylish blend of music that both entertained and inspired.

The concert opened with Debussy’s “Golliwogg’s Cakewalk” followed by his “Prelude to the Afternoon of a Faun.” Influenced by his own belief, Debussy held “There is no theory. You have only to listen. Pleasure is law.”

Given this freedom Debussy infused non-traditional scales and chromatics into his work. Debussy’s philosophy influenced music from the late 19th to the early 20th century. The Dearborn Symphony, executing it own influence, delivered a most pleasurable rendition of both of these notable musical works.

Markou’s thoughtful program design continued as Berick took center stage. Bold and vibrant, Berick labored masterfully pulling, plucking and stroking over the strings in a poetic manner almost unfitting a man of his stature. A boyish smile held in trust by an artistic momentum gave rise to a keen and unrivaled sound. Berick was a joy to watch as he brought to life Saint-Saëns’ “Havannaise for the Violin & Orchestra” as well as Ravel’s “Tzigane for Violin & Orchestra.”

The evening closed with Saint-Saëns’ “Symphony No. 3.” In any work, the styling of the unique almost ritualistic sound of the organ bridges the nostalgic with the present. In this tradition, Duncan skillfully, tenderly, and passionately gave rise to “Symphony No. 3.” The music, made for an interesting blend of rich sounds that both lulled and exuberated.

Tickets range from $15 to $30 and can be purchased at the Ford Center box office. Tickets also may be purchased by calling 313-565-2424 or online at http://dearbornsymphony.org.