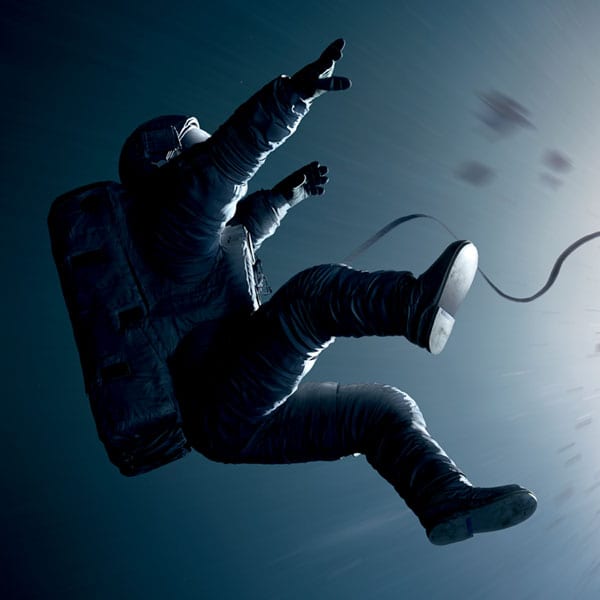 PICKS OF THE WEEK
“Gravity” (PG-13) — Spiraling off into the dark void of space, two astronauts undergo a pulse-pounding struggle for survival as their odds of ever reaching Earth again plummet with each new obstacle. Sandra Bullock plays a medical officer on her first trip into outer space who is paired with a veteran astronaut, played by George Clooney. While working on the Hubble telescope, a patch of space debris cuts them off from the space shuttle and sends the pair careening into space.

During its box-office run, “Gravity” attracted rave reviews from audiences and critics. Cinema purists have hailed it as a model for how 3-D filmmaking should be done. For us home-video audiences, the movie offers a tenacious survival drama that will leave you gasping for sweet, sweet oxygen.

“Thor: The Dark World” (PG-13) — Long ago, the Norse gods of Asgard banished some ancient evil dudes to a far-off dimension. Natalie Portman, while searching for a way to contact Thor, accidentally unleashes the sealed-away evil powers. Once again, the fate of the universe is in the brawny hands of Thor the thunder god (Chris Hemsworth). This time, however, Thor needs to recruit the reluctant aid of his evil brother, Loki (Tom Hiddleston), the god of chaos and the villain of “The Avengers.”

While Hemsworth carried the first Thor film on his broad shoulders, this sequel is largely propped up by the caustic and sneering screen presence of Hiddleston. As Thor’s adopted brother and chief rival, he’s also the balancing point for the movie that allows it to make fun of itself. Audiences get to drink in the foamy, hammer-smashy battles, then wash it down with the refreshingly sour lemonade of Loki’s anti-hero.

“Nebraska” (R) — A bitter old man and his disillusioned son take an eye-opening road trip from Missouri to Nebraska in this black-and-white dark comedy. Bruce Dern plays Woody Grant, a crusty Midwestern alcoholic who believes he’s won a magazine sweepstakes. His son, Dave (“SNL’s” Will Forte), agrees to take him on the road. The film gives a lot of consideration to the landscapes surrounding the minuscule drama; lots of wide open, underwhelming backdrops underscore the brief exchanges of dialogue and quiet realizations of missed opportunities.

“Blue Is the Warmest Color” (R) — The story starts with 15-year-old Adele (Adele Exarchopoulos), a French high-school student who has caught the eye of one of her male classmates. While Adele’s first romance fizzles, she becomes fixated on Emma, a mysterious blue-haired art student she’s seen around town. The story of romance, pain and discovery unfolds over decades, taking the viewer on an emotional ride into deepest parts of the human heart. The film has garnered a lot of controversy for its scenes of adult intimacy, but the backlash shouldn’t take away from this beautiful drama.