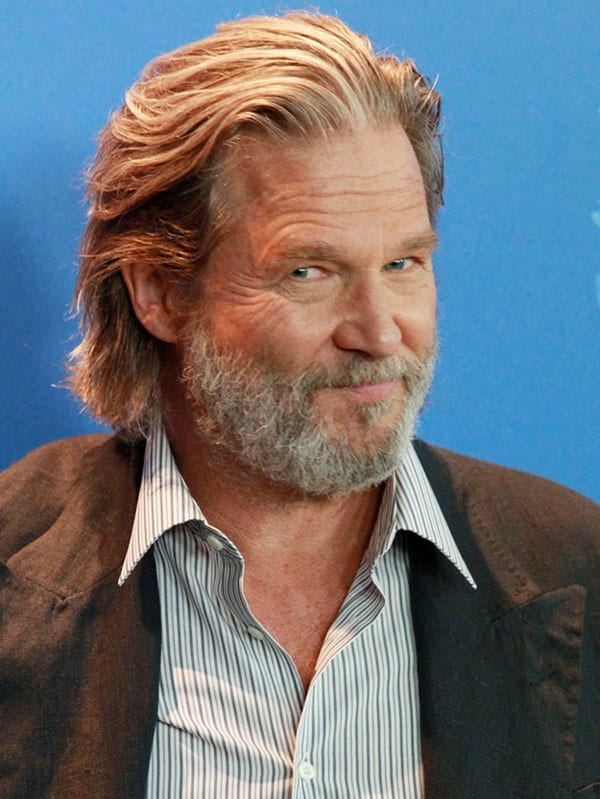 HOLLYWOOD — You’d think Jeff Bridges’ Oscar for “Crazy Heart” in 2009 would guarantee him smooth sailing … well, think again. Work began on the 3D/IMAX fantasy film “Seventh Son” with four-time Oscar nominee Julianne Moore and Ben Barnes (“Narnia”) in March of 2012. Bridges’ film sees “boggarts” (a bogeyman), “ghasts” (shockingly repellent spirits with war wounds) and ghosts. Scheduled for a February 2013 release, it was postponed to October 2013, then January 2014 because of post-production problems. When Legendary Films split from Warners to partner with Universal Pictures, the release date was moved back to February 2015.

Jeff’s also awaiting the August release of “The Giver” with Meryl Streep, Katie Holmes, Alexander Skarsgard and Taylor Swift, and the $63 million animated 3D film “The Little Prince,” which was started last year and comes out this year. It features the voices of Oscar winners Marion Cotillard and Benicio Del Toro, as well as Rachel McAdams, Paul Giamatti, Albert Brooks and James Franco.
***
James Franco’s been very busy, as usual. He’s in “Veronica Mars,” as himself, along with Kristen Bell (due out March 14), and “The Interview” with Seth Rogan (Oct. 10). Also upcoming is “Good People” with Kate Hudson; “True Story” with Jonah Hill (produced by Brad Pitt); “Everything Will Be Fine,” a 3D drama with Rachel McAdams; the $36 million Werner Herzog epic “Queen of the Desert” with Nicole Kidman, Robert Pattinson and “Homeland’s” Damien Lewis; and another animated 3D film, “Sausage Party,” with Seth Rogan and Jonah Hill.

But his pet project, which he’ll direct and produce (with Seth Rogan and Evan Goldberg) is “The Disaster Artist: My Life Inside ‘The Room,’ the Greatest Bad Movie Ever Made” by Greg Sestero. Sestero acted in the 2003 independent film “The Room,” which was written, produced, directed and starred Tommy Wiseau. The film, panned by critics, had a limited run but became a cult classic of sorts. Franco probably will star with his brother Dave. Dave is currently in “The Lego Movie,” which also features Channing Tatum voicing Superman. Then, Dave’s got “Neighbors” with Seth Rogan and Zac Efron (out May 8), and “Business Trip” with Vince Vaughn, Sienna Miller and James Marsden (Oct. 24).

Channing has “22 Jump Street” with Jonah Hill, Dave Franco and Nick Offerman (of “Parks and Recreation”), and cameos from Brad Pitt and original TV “Jump Street” star Richard Greico. His “Jupiter Ascending” with Mila Kunis, Sean Bean, Eddie Redmayne and Douglas Booth will be out July 13.

Get the feeling that all these actors are hiring each other to work in their films? No wonder nobody’s asked me to do a film lately!