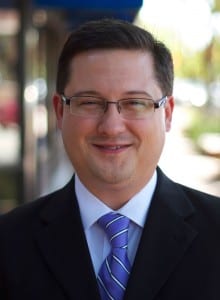 Since the 19th century, over-criminalization of reasonable behavior has skyrocketed, including laws that don’t require proving intent in order to prosecute. Ranging from petty crimes to crimes bearing hefty penalties, the abundance of strict liability laws criminalize many citizens, burden the court system and often jeopardize fundamental protections.

By MICHAEL J. REITZ
You may be a criminal without even knowing it.

Centuries ago, there were only nine felonies under English Common Law. The common law dealt with behavior that is widely understood to be culpable — murder, theft, rape, etc. — but in today’s state legislatures and in Congress, innocuous behavior is too often criminalized. In Michigan, a person can be convicted of a crime for betting in an office March Madness pool, or mocking a person who refuses to duel.

Accompanying this over-criminalization is the failure of legislatures to define the intent necessary for a prosecutor to prove a crime has occurred. A fundamental principle of our legal system, rooted in centuries of tradition, is that a crime occurs only when there is both a wrongful act and wrongful intent.

William Blackstone, an 18th-century English jurist, wrote: “[A]n unwarrantable act without a vicious will is no crime at all.” Thus, a person could only be convicted if he committed an unlawful act and knew (or should have known) that the conduct was illegal.

Notable exceptions include strict liability crimes, which don’t require the proof of criminal intent to secure a conviction. In certain instances it is an effective means of regulating criminal behavior: Statutory rape, for example, penalizes a person regardless of their belief about the age of the minor.

Since the mid-19th century, however, the number of strict liability crimes has skyrocketed. Due in part to industrialization and urbanization, legislatures began enacting new criminal prohibitions to promote public health and safety: traffic laws, selling alcohol on Sundays, sale of adulterated foods and workplace regulations. Many early strict liability laws were aimed at promoting social order. These laws were also favored because of the ease of conviction — there was no need for prosecutors to prove criminal intent.

The skyrocketing continues. A study by The Heritage Foundation and the National Association of Criminal Defense Lawyers determined that of the new laws creating nonviolent offenses adopted by Congress in 2005 and 2006, 64 percent of those laws contained inadequate intent provisions. This is not an indication that Congress necessarily wished to create strict liability crimes; a bill’s mere silence on the element of intent can be interpreted as imposing liability.

Michigan has dozens of strict liability crimes on the books. It is a misdemeanor for a person to cause a pet ferret “discomfort.” Transportation of a Christmas tree without a bill of sale is illegal. It is a crime to sell poultry without maintaining detailed records. Dancing during a performance of “The Star Spangled Banner” is prohibited. Intent is not a necessary element to win a conviction of any of these crimes.

The problem isn’t confined to petty crimes with minor penalties. The area of environmental regulation is especially dense with strict liability offenses that carry significant penalties. In a recent case, a man convicted of improperly disposing scrap tires was sentenced to 270 days in jail and a $10,000 fine.

The Michigan Legislature could greatly improve the clarity and frequency of criminal statutes by adopting a provision that establishes a default standard of intent. Terms like “purposely,” “knowingly” or “recklessly” define what must be proven in court. If a criminal law is silent on intent, the default level of intent would apply. The Legislature could still adopt strict liability crimes, but would need to explicitly state its desire to do so.

Fourteen states have acted to improve criminal intent standards; Michigan should be next. Such a reform would improve the administration of justice, protect individuals from unwarranted prosecutions and concentrate the potency of criminal sanctions on truly objectionable behavior.

(Michael Reitz is the executive vice president of the Mackinac Center for Public Policy, a research and educational institute based in Midland.)