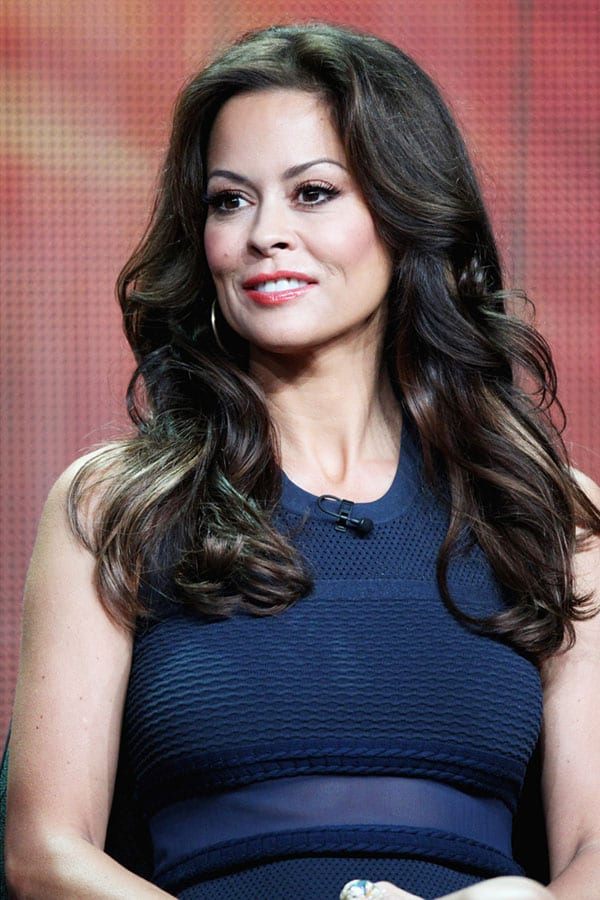 By Cindy Elavsky
Q: Is it true that Brooke Burke-Charvet won’t be back as co-host of “Dancing with the Stars”? I hope not, because I really like her! — Fiona D., via email

A: Hot on the heels of the sudden ouster of music director Harold Wheeler and his 28-person orchestra, the folks at “DWTS” have created another shakeup in the firing of Brooke, who’s to be replaced by season 11’s third-place finisher, Fox sports reporter Erin Andrews. Beginning this fall, Erin will join perennial host Tom Bergeron for season 18 of the hit dancing-competition show.

As for the show’s musical accompaniment, word is that the show will use sound recordings and a small electric band to attract a younger audience. To me, this is a huge mistake: Part of the show’s appeal was its elegant, big-band ballroom feel that Harold and his orchestra provided. To replace that with a small electric band? No, thank you.
* * *
Q: Do you have any news on the reincarnation of NBC’s “Heroes”? — Daniel G., Birmingham, Ala.

A: NBC has confirmed that it will air a 13-episode “miniseries event” called “Heroes Reborn,” to air in 2015. It is being billed as a stand-alone series, but no word yet on which, if any, characters from the original series will be resurrected. According to the show’s website: “NBC will launch a digital series prior to the 2015 premiere that will introduce the characters and new storylines. This leveraging of social media is a way for fans to re-engage with what was one [of] the true pioneers in multiplatform storytelling.”
* * *
Q: What are Michael J. Fox’s plans now that his sitcom has been canceled? — Kathy I., via email

A: Michael will return later this season to “The Good Wife” as Louis Canning for a multi-episode, season-ending story arc. As for “The Michael J. Fox Show,” a representative at NBC says that the network will air the remaining episodes at some point this season. Also pulled from NBC’s Thursday night lineup, freshman comedy “Sean Saves the World,” starring “Will and Grace” favorite Sean Hayes.
* * *
Q: One of my favorite shows is TNT’s “Cold Justice.” Can you tell me if there will be a third season? — A Reader, via email

A: Unless something incredibly crazy happens between now and renewal time, “Cold Justice” is a shoo-in for a season-three pickup. TNT recently announced that season two, which is currently airing, has been extended by six episodes to air this summer.

“Cold Justice,” which airs on Fridays at 8 p.m. ET/PT, follows former prosecutor Kelly Siegler and former crime-scene investigator Yolanda McClary as they dig into murder cases that have gone unsolved for years. Working with local law enforcement, they are helping bring about real results in real time for the police, investigators, district attorneys and families who have worked tirelessly on these cold cases for years.